On Mediaite: we had to go there, didn’t we? Megyn Kelly took some time on her show to scold President Obama for praising Michael Vick’s second chance with the Eagles post-prison term. I mean, no one approves of what he did, but isn’t the whole point of serving time in prison to pay your debt to society and, uh, get a second chance? To see the clip and read the full post, click here. 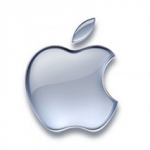 Uh oh: Geekosystem reports that Apple’s growing popularity may also make it a more appealing target for hackers. Until now, the ubiquity of Microsoft in businesses and homes made viruses directed at Macs rare, but with more people switching to Apple (and proclaiming their allegiance on Facebook and Twitter), that may change. Get the full post here.

Styleite reports that Kate Moss may be trying her hand at a singing career. How novel! (Just kidding.) Moss has apparently been picking the brains of her musician friends, including her boyfriend Jamie Hince, who plays guitar for The Killers. Do a lot of famous and talented friends a pop sensation make? We’ll see! To read the full post, click here.

Sportsgrid brings you Minnesota’s latest genius marketing ploy: the Metrodome will be giving away whoopee cushions (?) emblazoned with the stadium’s logo (???) to the first 2,500 fan who enter the stadium when it re-opens in May. Kudos on the tongue-in-cheek attitude toward the cave-in disaster earlier this month, but really? You want to hand them out as fans enter rather than exit? In that case, they should prepare for a particularly gassy game. Gross. Get the full post here. Alliteration! 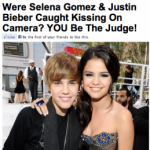 OOH! Gossip Cop reports that a scandalous photo of Justin Bieber is making the rounds, causing an uproar with fans and eliciting vehement denials from his publicist. In the picture, Bieber can ALLEGEDLY be seen kissing Selena Gomez. I know. That sound you hear is 2 million 12-year-olds fainting at once. To read the full post, click here.