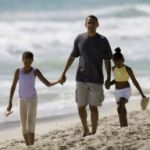 Yuck! Mediaite reports that The Fates are hard at work attempting to ruin the Obamas’ Hawaiian Christmas vacation — a spate of bad weather has caused sewage leakages across the island, including the area where the First Family is staying. Still not enough to make me not jealous of their Hawaiian getaway, but nice try! To read the full post, click here.

Geekosystem covers Google’s holiday doodle — a series of 17 photos depicting holiday celebrations around the world, arranged so that they roughly spell out the company’s name. Google doodles are highly anticipated on the internet for their beauty and innovation, and this one doesn’t disappoint! Get into the holiday spirit and take a look! And get the full Geekosystem post here. 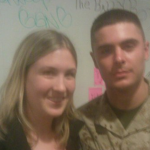 Oh, goodness me: Styleite reports that the Justin Bieber of 2006, Zac Efron, has cut his hair!!!!!!!111!!!! Efron did it for his role in “The Lucky One,” in which he plays a marine home from a stint in Iraq, and sports a regulation crew cut. The film is the latest in a string of projects in which Efron attempts to convince the world that he is more than just a (perfectly styled) haircut. We’ll have to wait until 2012 to see if “The Lucky One” proves him right — in the meantime, get the post here.

So cute — Sportsgrid has a clip in which Jimmy Kimmel quizzes kids on NBA players’ salaries. Some future despots lowballed the players at 40 cents, while others guessed somewhere between $100 and $1,000,000. Just think of all the league issues that could be solved if these kids were in charge! Okay, no league issues would be solved, but it would be excellent regardless. Think about it, powers that be! To watch the clip, click here. 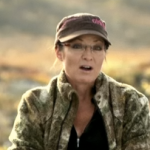 Gossip Cop today: On his show last night, Conan O’Brien accused Sarah Palin of the greatest sin of all — killing Rudolph! Well, someone had to! Good luck beating this rap, Sarah. TLC has video footage. To see Conan’s clip and get into the holiday spirit with some real violence, click here.