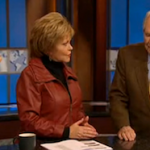 Mediaite has a very curious interview with Pat Robertson, who delivered an impassioned speech today on the futility of  criminalizing marijuana. I know, right? Robertson believes that the emphasis on punishment is ineffective, and that jail time for offenders turns experimental kids into criminals. Well, that’s…pretty reasonable. It’s a holiday miracle! Get the full post here. 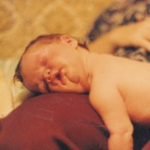 On Geekosystem today: something that should never be recreated. “idointernet,” a user who is a fixture on Reddit, has seen fit to update his adorable 1981 sleeping-baby-on-mom’s-lap for 2010. Confidential to idointernet: no one asked, and no one is glad you did it, do you hear me? To see the exact same tableau in adorable original and cringe-inducing update form, click here. 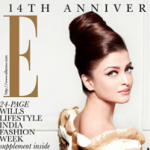 Elle has done it again! Styleite reports that there is quite the controversy over Elle India’s cover, which features former Miss World Aishwarya Rai. Readers are wondering if the mag manipulated the photo to make the actress’s skin appear more fair. Alternate explanations aside, it’s a lot of heat to take so soon after the Gabourey Sidibe cover debacle. Get it together, Elle! To see the cover, click here.

BOO! On Sportsgrid: 12-year-old Kayla Watkins quit her co-ed Toronto hockey league after a note was sent to her coach regarding her skating/shooting ability. Several issues: the note was not from a coach, but an over-involved parent; the same parent implied she was a “liability to the team.” Also, it’s a co-ed league and they’re all 12! Relax! Get the full post here. 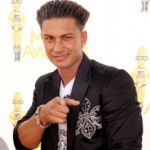 Gossip Cop reports that America is exactly what we deserve: a “Jersey Shore” spin-off! Pauly D is the lucky Shorer (Shorean?) to land the deal, and the new show will apparently (s)explore (sorry) his “life away from the shore.” Pauly has distinguished himself from the rest of the cast due to his ability to occasionally act like a human being, so maybe this will be lovely and charming? Oh, it’s still on MTV? Never mind. To read the full post, click here.