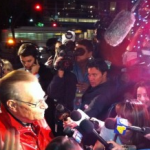 On Mediaite: Larry King’s farewell to CNN, which is also weirdly starting to feel like his funeral (?) continues with long farewell speeches from King and the staff who made the show possible. King also had the following gem to share: “I can’t remember everybody, I’m 77 damn years old. I’m a Jew in heat! Jesus! Now where was I? In fact, where are we?” There you have it! Get the full post here. 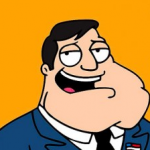 Tee hee! The Geekosystem team, inspired by a piece of fan art ascribing the maxim “Do or do not, there is no try” to Dumbledore, had a little fun with other beloved geek quotations. Did you know that it was actually Peter Grifin who was responsible for brining us “D’oh!”? No? To see the rest of the list, click here.

On Styleite today: in an interview in Maxim Whitney Port shares her lifelong dream to earn a Ph.d be a Victoria’s Secret Angel. What better forum to reveal those particular, um, aspirations? Port obviously looks gorgeous, but is it wrong to hope for a little more ambition from the girl? Get the full post here.

Fight! Fight! Fight! Sportsgrid has a clip of Justin Smith, defensive lineman for the 49ers, was thrown out of a game after he pushed a referee aside during a dispute with another player. Smith claims he didn’t realize it was the referee he was shoving (really? The stripes are hard to miss by design, no?), but accepted his punishment with good grace. To see video of the incident, click here. 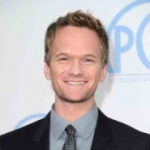 Gossip Cop has an enjoyably bitchy Twitter dispute between Neil Patrick Harris and Eric Braeden of “Young and the Restless” fame. Braeden declined to reprise a guest role on “How I Met Your Mother,” leading Harris to call him a “D-bag” and Braeden to claim he doesn’t know who Harris is. Crassness of the “D-bag” comment aside, seriously? You’ve never heard of Doogie Howser? Don’t buy it! Get the full post here.