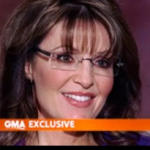 Mediaite ponders the following: how much media coverage can Sarah Palin receive before her claims of being misrepresented by the “lamestream media” lose all credibility? Is it perhaps after she gets to be on Barbara Walters’s “Most Fascinating People” special for the third straight year? Hmm…greater minds than mine will have to parse that one out. Get the full post here. 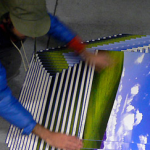 Neat! Geekosystem covers more weird/cool art, with Paul Destieu’s “My Favorite Landscape.” The work, which spans almost an entire wall, is made up of more than 500 copies of that ubiquitous hyper-saturated green-meadow-beneath-a-blue-sky Windows wallpaper background. Altogether, the prints create the kind of snaky repeat error veteran Windows love to hate. To see it, click here. 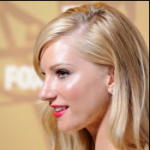 On Styleite: Heather Morris, the breakout star of Glee (a show already full of breakout stars), has an endorsement deal with Flirt, a subsidiary of Estee Lauder. Endorsement deals = big money, but it’s also a sign that Morris might be eclipsing her costars in fame — deservedly so?Get the full post here. 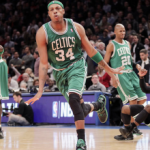 On Sportsgrid today: Paul Pierce, of the Celtics and the Hotlanta Hamsters (aka my fantasy team), has a solid candid photo from Wednesday’s game. Pierce looks like he’s taking a quick break to play Airplane, as Nate Robinson reaches out, trying to keep him from taking off…reaching…feeling him slip away into the ether! Or it’s just a weird arm movement that happen to be captured on film, whatever. See it here. 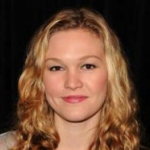 Oof, sad: on Gossip Cop, Julia Stiles released a statement denying any involvement in Michael C. Hall’s recent breakup with his wife. Stiles, fresh off a guest role on “Dexter,” felt compelled to set the record straight after it was widely reported that she was the proverbial straw that broke the camel’s back. Lay off Julia, you guys! To read the full post, click here.