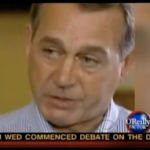 On Mediaite: Bill O’Reilly turns his penetrating lens of body language analysis to the tear-stained orange face of new House Majority Leader John Boehner. Though O’Reilly’s response to the clip in question, in which Boehner says that he can’t look at kids without crying anymore (?), is somewhat incredulous, he concludes that he probably “won’t govern that way.” It’s the year of wishful thinking! To read the full post, click here. 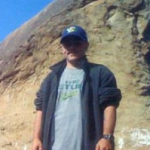 Major Bummer! Geekosystem has an update on the intrepid man who officially changed his name to “Captain Awesome.” While his name change was not a problem with the courts or his cell phone provider, he’s run into a bit of a snag on Facebook. Despite knowing just about everything about everyone, the social networking site still won’t allow non-standard names on users’ official pages. How is the Captain supposed to drum up customers for his services as an “Extreme Ordained Minister” now?! Get the full post here. 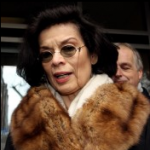 Well, this case gets more confusing by the day: Styleite reports that Bianca Jagger has added herself to the list of celebrities throwing their support behind Julian Assange. Jagger believes Assange is currently being held because of the U.S.’s desire to have him extradited, rather than the rape charges for which he was originally arrested. At this point it’s like a race to have each side collect more famous/powerful allies! To read the full post, click here. 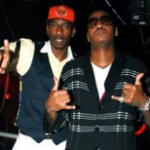 On Sportsgrid today: an enterprising Knicks fan has grown weary of the waiting and uncertainty that comes with the trading process, and is taking matters into his own hands. He’s created a Craigslist ad transparently seeking a particular player — Carmelo Anthony, currently of the Denver Nuggets (best name in the league). The “ad” is supposedly the “handiwork” of “Amar’e Stoudemire,” but it’s pretty doubtful that particular Knick has enough time to draft a Craigslist ad for a potential teammate. How awesome would it be if it was him, though? Get the full post here.

Yowch! Gossip Cop investigates OK! Magazine’s claim that Nicole Richie and Joel Madden’s long-awaited wedding was an unmitigated disaster. Despite their tales of confiscated cell phones and general bridezilla-ness, it seems that the magazine was just bitter over not getting the first photos from the event. Play fair, OK! To read the full post, click here.