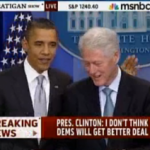 Wait, what? Mediaite has a clip of President Obama at a press conference, where he was ostensibly supposed to elaborate on his tax plan. Instead, Obama introduced a surprise guest to hold forth on the subject — former president Bill Clinton! And then he…left to go to a Christmas party? Was he already drunk? To see the truly mystifying video, click here. 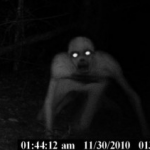 Well. On Geekosystem today — someone has (maybe) gone to great lengths to perpetrate a hoax on the American people in the form of a video of some kind of swamp monster from the bowels of Louisiana, which has been making the rounds on TV and on the internet. Though the ghostly image is kind of spooky and awesome, it’s probably (definitely) a Photoshop job. Oh well! To read the full post, click here. 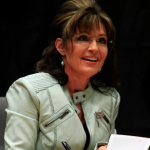 Styleite has an interesting question: why isn’t Sarah Palin a style icon like Michelle Obama or Kate Middleton? Her wardrobe has certainly received quite a bit of attention, especially when she came under fire for spending more than $100,000 on clothes during the 2008 election. So why haven’t we seen the same increase in sales from, say, Bump-Its, that Michelle Obama has given J. Crew? Another left-wing conspiracy? Get the full post here.

Sportsgrid has a rather amazing video of an 11-year-old basketball player named Adrian Moore, who is already dunking in middle school. No big deal. Amazing as his ability is, it gets a little weird when you see the barely-pubescent 7th-grader’s intense workout regimen, and learn he’s already gotten a letter of inquiry from Baylor University. So, congrats, kid! But don’t let them stage mom you! To read the full post, click here. 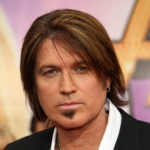 On Gossip Cop today: remember how someone gave TMZ a cell phone video of Miley Cyrus positively ripping on a bong? Well, someone has now shown the video to Billy Ray Cyrus. The concerned father’s reponse? “Im so sad.”…he Tweeted. It’s almost too easy with this family. Get the full post here.