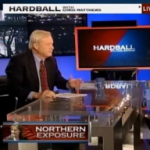 On Mediaite today: as always, Chris Matthews was on hand to deliver a few bon mots regarding Sarah Palin’s success. Matthews credits her media longevity with her ability to be “a wise ass,” and “be good at it.” Those are actually kinder words for Palin than she’s probably used to from Matthews! To see the clip, click here. 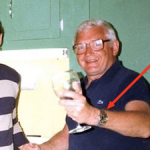 Today, in Weirdly Heartwarming Ebay Stories on Geekosystem — a retired Navy doctor named Bob Hondikee put an old watch on the auction site with the opening bid set at $9.95. By the time the watch sold, it went for $66,100. The reason? It was a rare Rolex, seen most famously on Sean Connery in his “James Bond” films. I think the $70 Hondikee shelled out to acquire the watch originally will go down in history as the best money he ever spent. To read the full post, click here. 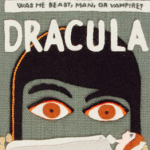 Awesome! Styleite has a gift guide for your biggest bookworm friend, or yourself if you’re literarily inclined. Among the gifts listed: a sweatshirt with an image of an out-of-print edition of Moby Dick, a Dracula-themed bag, and a biography of Coco Chanel. All great ideas — to see the rest, click here. 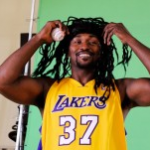 On Sportsgrid: America’s favorite slightly-insane professional basketball player, Ron Artest, is considering donating his entire yearly salary (roughly $6.79 million) to go toward raising the public’s awareness of mental health issues. Though Artest’s nuttiness is easy to mock, this gesture is pretty magnanimous, though empty — Artest has only pledged to “consider” the donation. Hmph. Get the full post here. 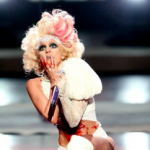 Gossip Cop busts one of the crazier rumors surrounding Lady Gaga: that she applied for an adjunct teaching job at Parsons as a way to de-stress for a semester or two. Although Gaga would undoubtedly make a fierce professor, it’s not super surprising that the rumors are untrue, given that while she is a fashion icon, she is not actually a professional designer. To read the full post, click here.