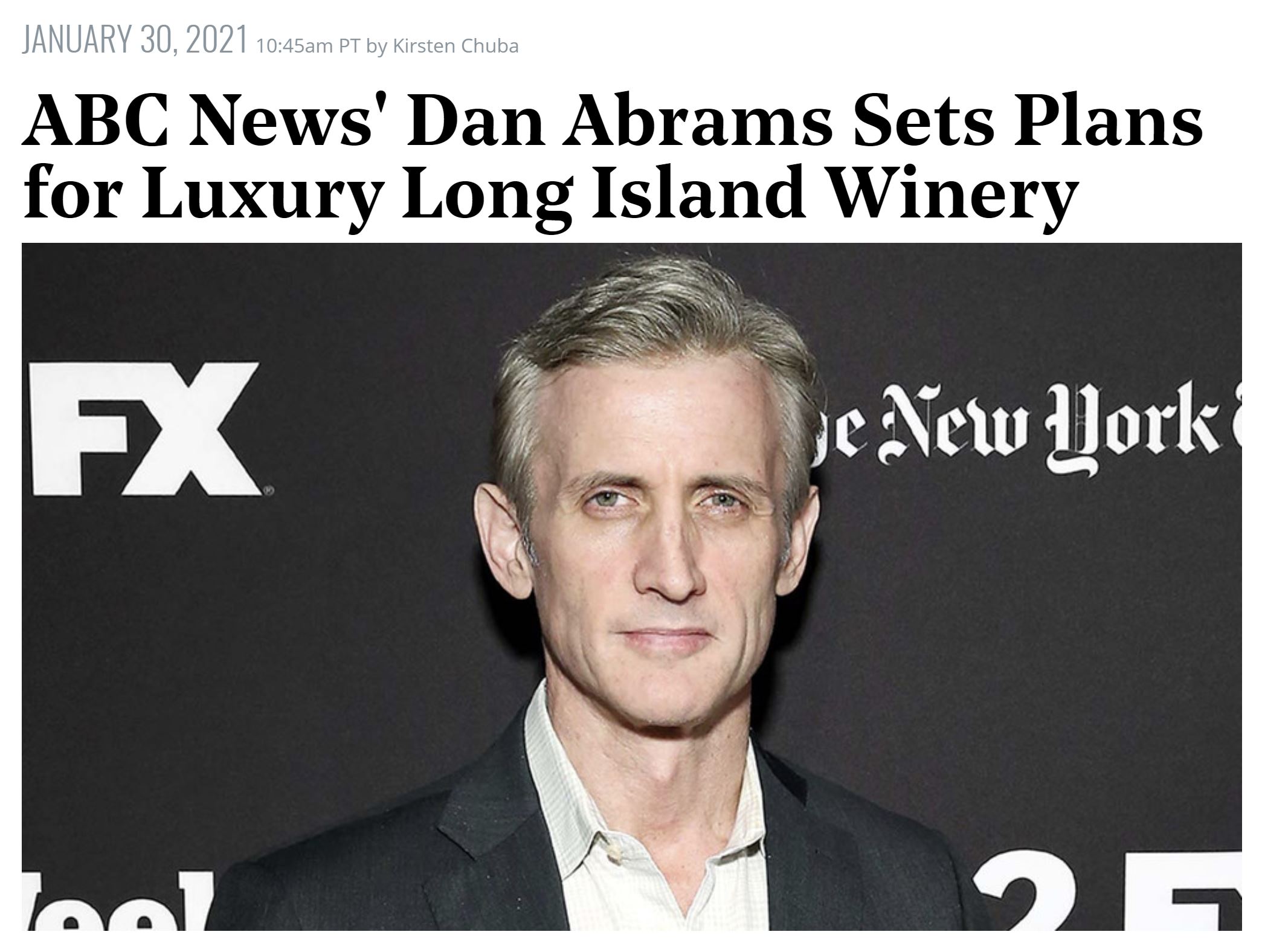 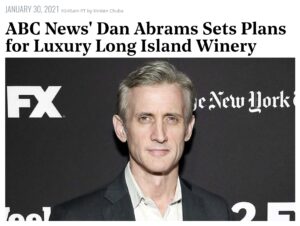 Dan Abrams is adding vineyard owner to his long list of jobs. In addition to running his own media company, serving as ABC’s Chief Legal Analyst, and juggling multiple hosting gigs as host of his own SiriusXM radio show and A&E’s Court Cam, The Hollywood Reporter announced that Dan Abrams recently purchased a vineyard out on Long Island.

Laurel Lake Vineyards, a popular winery situated on the North Fork of Long Island, was purchased by Abrams in December 2020. Abrams, who has long been a collector of wines and a noted wine lover, hopes to transform the vineyard into a luxury winery “where Napa meets the Hamptons.” When speaking with THR, Abrams stated that he’s “so excited to invest in the North Fork and this vineyard with the goal of creating a new luxury Long Island wine.”

Abrams, who is expecting a new baby in the coming weeks, has teamed up with sommelier Vanessa Price to completely rebrand and relaunch the existing vineyard. The winery will undergo a complete transformation, including a new name inspired by Abrams’ children. Price, a noted wine columnist at New York Magazine and author of Big Macs & Burgundy: Wine Pairings for the Real World, will help Abrams oversee the vineyard’s day to day business.

“Expanding into the wine business has long been a passion of mine and this winery presented a perfect opportunity to create an experience that both local residents and seasonal guests will enjoy,” Abrams told THR.

While the vineyard will be Abrams’ first foray into the wine making world, it won’t be his first venture into the world of alcohol. In December 2020, Abrams’ company, Abrams Media, launched their new site Whiskey Raiders, an online resource for whiskey drinkers. Branded as “the rotten tomatoes of the whiskey world,” Whiskey Raiders uses a proprietary algorithm to aggregate online whiskey reviews and assign one average score from 50-100 for each rated whiskey.

Abrams and Price plan to relaunch Laurel Lake Vineyard under a new brand this summer.