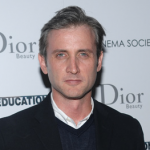 Business Insider reports that Dan Abrams is in talks to move from NBC to ABC. His contract with NBC was up at the end of 2010, and ABC is reportedly offering an opportunity to be part of Chris Cuomo’s legal team on “Good Morning America,” as well as do some substitute anchoring for the weekend edition. To read the full article, click here.