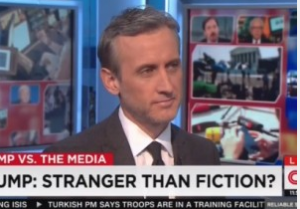 Dan Abrams appeared on CNN’s Reliable Sources, Sunday, December 6th where he told Brian Stelter that the media should stop treating Republican presidential candidate Donald Trump as a “clown” and start treating him as what he is — the GOP front-runner. “We have to start, in the media, treating Donald Trump as the Republican front-runner. A lot of the media don’t want to do that,” said Abrams. “A lot of them still want to treat him like a clown, like a reality show guy.”Read the full story and watch a clip here.