07 May Dan Abrams On Today’s Reported OWN Losses:

“Don’t Give Up Yet Oprah, OWN Can Still Succeed And Thrive” 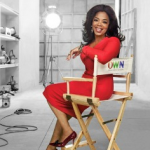 Last month on CBS, Oprah Winfrey offered a candid admission that, had she known how “difficult” launching her cable network OWN would be, she “might have done something else.” Wow. No question, cable is a tough business and even the most successful media icon of our day, may not have appreciated just how tricky it can be. But there is still hope for OWN.

In many ways, cable is a lot tougher than network television because there is no built in audience — yes, not even for Oprah. Traditional broadcast networks still benefit from the huge numbers of people who stumble upon their (often highly-promoted) programs. On cable, particularly on the newer networks, viewers need a specific reason to watch, a hook and identity to lead them there in the first place, and then to return.

Oprah, maybe unlike anyone else on television, would seem to have the necessary ingredients. The problem is that one person can not support an entire cable channel, as OWN execs have recognized from the beginning.  An hour a day of Oprah is a very different proposition than a network with diverse programming “inspired” by her. And the compilation of programs just hasn’t worked. The network inspired by the woman with a clear mission on her show every day has seen what she characterized as “mistakes” and ratings clouds obscure that mission. That, in turn, has lead to a lack of a clear and definable identity required for a successful cable channel.

In fact, OWN faces a similar set of problems to those we addressed in 2006 when I was running MSNBC: How do you create a unique identity that resonates in a crowded space? How do we create content distinct from what already exists?