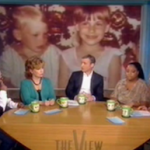 From Mediaite: Dan Abrams appeared on “The View” yesterday to discuss the early release of Michael Woodmansee, who was sentenced to 40 years in prison after killing a child. Woodmansee is being allowed to leave 12 years early due to good behavior. Abrams discussed the legal issues surrounding his release; you can watch it here.