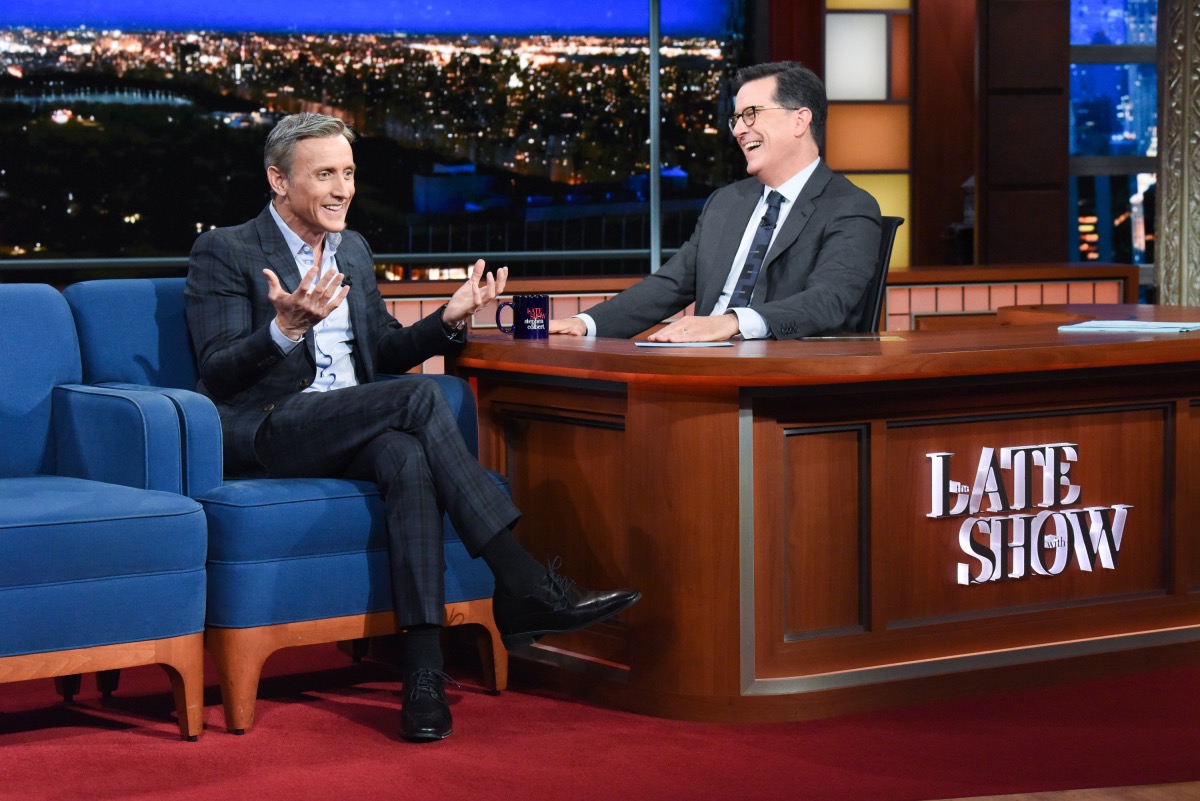 17 Jun Dan Abrams on The Late Show with Stephen Colbert

Dan appeared on The Late Show with Stephen Colbert on Friday to discuss his new book Theodore Roosevelt for the Defense: The Courtroom Battle to Save His Legacy. Before diving in to the book, Colbert asked about Dan’s time at MSNBC. Former host of The Abrams Report, Dan gained experience on both sides of news media, on-air and behind-the-scenes. One thing he learned, he told Colbert, was that “it is sometimes a lot more fun being the on-air person complaining about management, than it is being the management being complained about.”

Now host of top-rated Live PD, Dan joked about his MSNBC replacement: ““Then MSNBC made the worst decision and they still regret it to this day, I had the nine o’clock show and they replaced me with this woman Rachel Maddow…They regret it everyday.”

On the book, Dan describes how Theodore Roosevelt was known for handling problems “mano a mano.” Theodore Roosevelt for the Defense looks at the “Trial of the Century” in which Roosevelt had to defend his legacy in the courthouse instead of his usual wrestling mat.

Theodore Roosevelt for the Defense tells the largely forgotten story of the 1915 trial where the former president was sued for libel. Theodore “Teddy” Roosevelt, the boisterous and mostly beloved legendary American hero, accused his former friend and ally, now turned rival, Republican Party leader William Barnes of political corruption. The furious Barnes responded by suing Roosevelt for an enormous sum that could have financially devastated him.