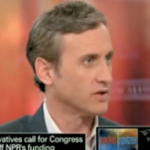 On Mediaite: Dan Abrams appeared on “Parker/Spitzer” to discuss the controversy over Juan Williams’s firing. Abrams argued that getting canned will only give Williams a boost, career-wise, and that firing him only turns NPR into the liberal left-wing villains pundits on the right have always accused them of being. Get the full post here.