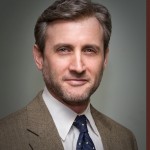 On “Verdict with Dan Abrams,” guests weighed in on presidential candidate John McCain’s comparison between Obama and tabloid staples Paris Hilton and Britney Spears. The McCain camp’s recent ad suggests that Obama is too busy being famous to be a good president, and marks a departure from the McCain who decried negative ads as appealing to “the lowest common denominator. For a transcript, click here.