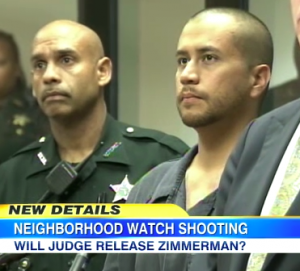 The conversation on George Zimmerman continues, and Dan appeared this morning to discuss the fact that Zimmerman’s new attorney not asking for bail seems like a smart move. “Judges are human, and this is a pretty discretionary call for this judge, based on a series of factors – like [Zimmerman’s] ties to the community, the severity of the crime, the risk of flight, etc. It’s a smarter move for them to let some of the public anger subside, let some time go by, and then ask the judge to evaluate this even though they still expect, it sounds like, not to win in that motion.” While not out of the question, one can certainly understand why Zimmerman might not get bail. Dan does mention the possibility of the defense making the argument that Zimmerman is, for one thing, not a flight risk – “he’s known for a long time that he’s likely to be arrested and he didn’t go anywhere; the authorities knew where he was.” They could certainly argue that, but what the judge decides remains to be seen. Watch Dan Abrams and the full discussion here.