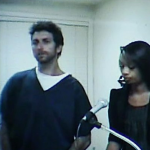 A California man is facing first degree murder charges in the wake of his girlfriend’s death – apparently, it happened by accident with a homemade cannon. Richard Dale Fox, the accused, has previously served prison time on weapons and auto theft charges and had pleaded guilty to domestic violence against this particular woman before. “The best case scenario for him,” Dan said, “as this case moves forward is that jurors and prosecutors feel sorry for him and say this is a guy that clearly didn’t mean to do this and is completely heartbroken.” The incident is being portrayed by the defense as completely accidental, and the San Diego County Deputy District Attorney has also said there is no evidence the killing was intentional. “(Fox’s) emotion won’t make or break the charge, but the fact that the prosecutor is saying we don’t think this is intentional makes you wonder well then, why did they feel the need to pursue a murder charge?” Dan added. Watch Dan Abrams and the full discussion here.