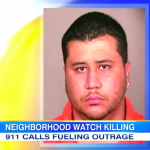 Dan Abrams went on Good Morning America today to discuss the investigation into the “neighborhood watch killing,” which he calls very much open, and far from over. George Zimmerman, the self-appointed neighborhood watchman who authorities who shot and killed Trayvon Martin, an unarmed 17-year-old, is the main topic of discussion. The difficulty here, Dan says, is that Florida law has something called the “Stand Your Ground” law – in most states – you don’t have the right to shoot someone who comes after you on the street, if you feel you’re in danger. In Florida, you do. The big question will ultimately be about who the aggressor was at the time of the incident. If Zimmerman is claiming self-defense, it will be difficult to reconcile that fact with certain others, for example, the fact that the police told him not to get out of his car. “No one from here on is going to accept Zimmerman’s account,” Dan stated. Watch Dan Abrams’ full discussion here.