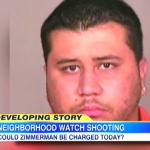 Dan appeared on Good Morning America today to discuss the developments surrounding George Zimmerman and potential charges related to the death of Trayvon Martin. The special prosecutor recently appointed to the case has officially declared that this trial will not go to a grand jury. “Typically,” Dan explained, “you want the grand jury in Florida for political cover – you don’t need it, but you can use it. In some states they don’t have them at all, in some states it’s required, and in Florida you get to choose if you’re the prosecutor.” The fact that the special prosecutor assigned here is “a little bit of evidence that she’s likely to file charges – not for certain. In theory, you could argue that she’d need more political cover if she’s not going to pursue it than if she was going to.” Does that take first degree murder off the table as a potential charge? No, but Dan said he doesn’t think the authorities were ever looking at such a charge – more likely aggravated manslaughter, or manslaughter. “We’ll have to see if there are charges filed at all.” On the topic of the website Zimmerman recently made public, one that asks for donations to pay for a lawyer – “I don’t have a problem with him raising money for legal defense; everyone is entitled to a legal defense.”