29 May Dan Abrams on Arraignment in Etan Patz Case 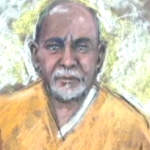 Dan appeared on ABC’S World News on Friday evening to discuss the arraignment of Pedro Hernandez in the murder of Etan Patz, a boy who disappeared in Soho in 1979. “I’ve covered a lot of cold cases, and I’ve never seen anything like this,” says Dan, trying to understand how Pedro Hernandez and his confession are just surfacing now, 33 years after Patz’s disappearance. After a “massive investigation at the time and through the years,” one person already convicted in a civil case, and another suspect entirely, Pedro Hernandez was not even on the police’s radar. To have him now arrested and arraigned is “really almost hard to believe” says Dan. Watch the full video here.