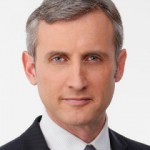 Dan Abrams is expanding his role with ABC News, becoming an anchor of Nightline and gaining the title of Chief Legal Affairs Anchor for ABC News.  Dan will continue his regular legal segments on Good Morning America and will be joining Nightline’s anchors on Wednesday evenings ABC’s news-magazine show The Lookout to comment on a variety of topics beyond the court.  Dan came to ABC News in 2011 from MSNBC.  This marks a return to the anchor desk for Dan, having held such a post when he led MSNBC shows Abrams Report and Verdict.  In 2009, Dan founded Abrams Media, which has grown into eight web properties that continue to show impressive traffic growth.  Abrams Media will be led by Bridget Williams, the company’s president.  This will allow Dan for more time to focus on his ABC anchoring and reporting duties.  Read on ABC.com or on Mediaite.