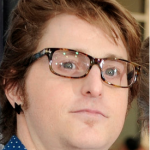 Cameron Douglas gets celebrity justice — the extra tough kind, according to Dan. In his latest piece for Lawyers.com, Dan examines the recent trial and sentence of Cameron Douglas, son of actor Michael Douglas, who was found to be in possession of drugs while in jail. Dan writes about the public’s perception of celebrity justice, and how it is often wrong – often, celebrities are often served proportionately tough sentences to set an example. Of Douglas, Dan writes, “Actor Michael Douglas’ 33 year-old son, Cameron, has long struggled with drug addiction and is now paying the price. Serving a five-year sentence for drug distribution and heroin possession, he was recently sentenced to another four and a half years for possession of heroin and suboxone (a prescription medication to treat addiction) while in prison. That is well over double what prosecutors had recommended for this additional crime. As an addict, he’s certainly not alone. Many are serving disproportionately high sentences for what is increasingly being seen by prosecutors and even the public as overkill. Even in many conservative states, officials are taking the unprecedented  measure of releasing those sentenced to stiff sentences for non-violent drug crimes.” Read more about the issues surrounding sentences for non-violent drug crimes and what will happen to Douglas here.