18 May Column: Dan Abrams on Stand Your Ground 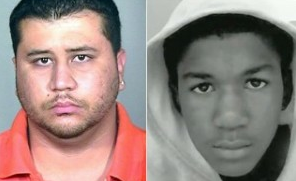 On Mediaite: If George Zimmerman Started Fight with Trayvon Martin, Can He Still Claim Self-Defense? Hundreds of pages of documents released yesterday in the Trayvon Martin case shed new light on a number of important aspects of the investigation . Maybe most importantly, it seems clear that George Zimmerman took a beating. Probably a pretty bad one. Bloody lacerations on his head, grass stains on his back, a “swollen” or “broken” nose and more than one witness claiming to have seen what must have been Martin on top of Zimmerman during the altercation, all support Zimmerman’s longstanding claim. But it is also pretty clear from the other evidence we know of — the 911 call where Zimmerman ignores instructions not to follow Martin, and the account of Martin’s friend who was on the phone with him immediately before the incident– that Zimmerman likely followed Martin and initiated whatever altercation eventually ensued. While these facts remain in dispute, if Martin was effectively defending himself from Zimmerman, then started punching out Zimmerman, can Zimmerman still claim he killed Martin in self defense under Florida’s stand your ground law? Maybe. Read on here.