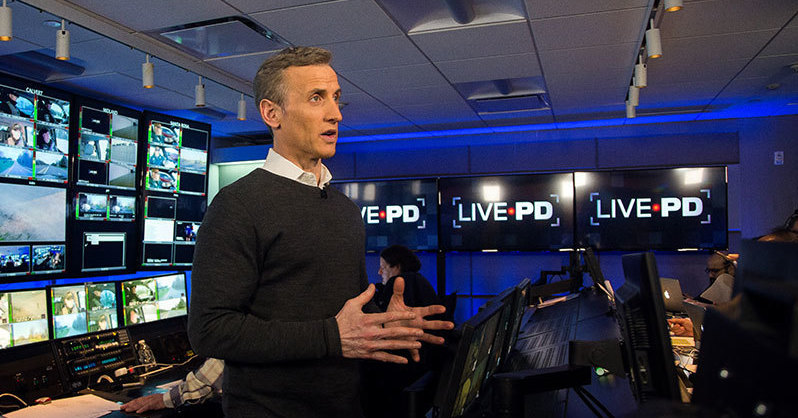 Bloomberg Businessweek reported yesterday on Live PD’s success despite the new media landscape of streaming websites. Amidst reports of stagnation of cable’s audience Bloomberg reports, “The show, now in its third season, is often the No. 1 program on American cable TV on Friday and Saturday nights. A&E is one of only two cable channels to show growth in 18-to-49-year-old viewers since September 2018, along with TLC.” Bloomberg credits this success to the “irresistible content” that blends the time tested genre of police shows with high-paced, real time footage of the police.

This new formula is paving the way in new content creation. According to Bloomberg, “A&E, jointly owned by Walt Disney Co. and Hearst Corp., runs six hours of new Live PD episodes a week. There are hours more of reruns and seven spinoffs, including Live PD Presents: Women on Patrol and Live Rescue, which focuses on firefighters and other first responders. Top Dog, which features police dogs competing on an obstacle course, is set to make its debut in the fall.” This has resulted in the shift away from more traditional scripted material, “Says A&E President Paul Buccieri: ‘We think we’ve struck a real opportunity with live unscripted storytelling.’”

This rings true not just for TV execs, but also the police featured on Live PD. Richland County is featured on Live PD, and their sheriff reports, “The department gets fan mail and job inquiries from across the country, he says. Some 5,000 fans came to Columbia, the county’s largest city, for a celebration of the 200th episode in April. ‘I think Live PD is the future of law enforcement.’” The show’s host, Dan Abrams, told Bloomberg, “‘I think that more people in other parts of the country are probably touched by law enforcement, they have friends, relatives that are in some ways connected to it.’”

Live PD airs Friday and Saturdays at 9PM on A&E.