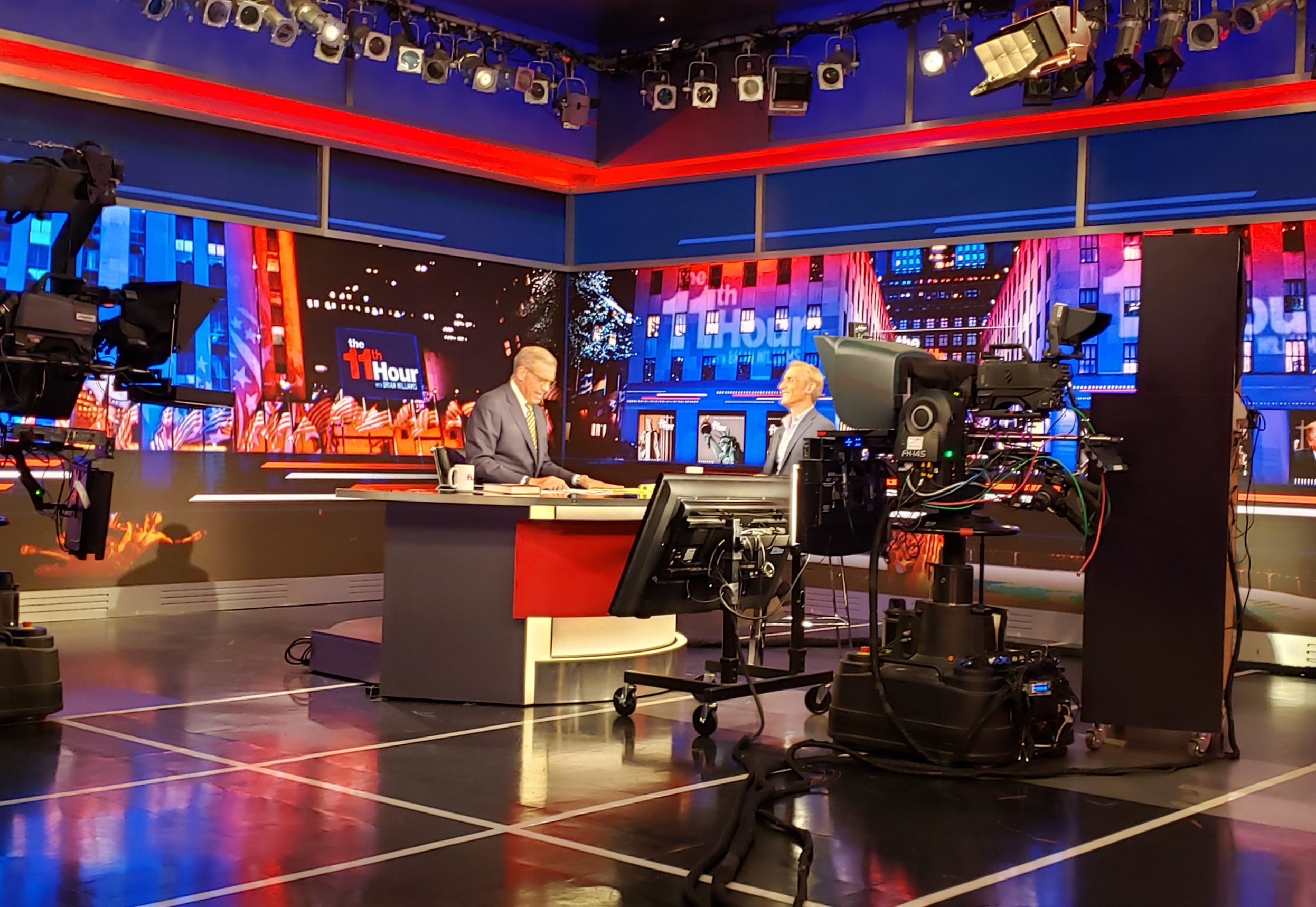 In anticipation of the May 21st release, Dan sat down with Chris Cuomo of CNN to discuss Theodore Roosevelt and the trial history had largely forgotten.

After the discussion and following the release, Dan appeared on several news and entertainment outlets. Good Morning America started publish day and was quickly followed by a morning of radio appearances. The radio tour included CNN’s Michael Smerconish and news legend Dan Rather. Dan, the host of his own daily SiriusXM show, spoke with Michelle Collins, Pete Dominick, and John Fugelsang, along with many other hosts at the station.

Dan also appeared early on MSNBC’s Morning Joe before sharing a cup of coffee with the women of The View. Ending an early day with a late appearance, Dan discussed the breaking news of the day and the politics of Roosevelt’s time on the 11th Hour with Brian Williams.

Theodore Roosevelt for the Defense tells the largely forgotten story of the 1915 trial where the former president was sued for libel. Theodore “Teddy” Roosevelt, the boisterous and mostly beloved legendary American hero, accused his former friend and ally, now turned rival, Republican Party leader William Barnes of political corruption. The furious Barnes responded by suing Roosevelt for an enormous sum that could have financially devastated him.