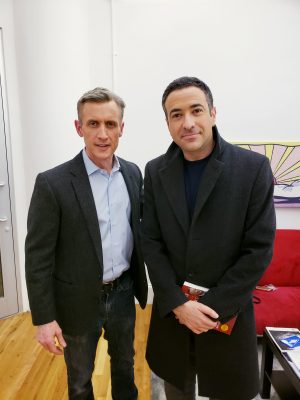 While speculation abounds, the public may not get to see the final report.

There is no subsequent obligation to release the report to the public, however the Attorney General may make that decision if he determines it to be in the public interest.

On that vein, Dan Abrams and Melber question why Donald Trump seems to have changed his tune by advocating for the release of the report to the public.

“Whitaker I think might have said to him ‘you’re good’” Abrams says. “And what does ‘you’re good’ mean?” Melber responds. “The bar is so low that ‘this will not force you out of office’ may have been communicated to him…Donald Trump may say ‘even if this report says x number of terrible facts about people around me, if I’m good…the rest of it is fine.’”

On the subject of what the report may actually contain, the answer may be even more ambiguous. Melber lays out four possibilities:

“I think there are four ways this can go down…one, there are further indictments, and rather than some report, those indictments tell us big new things and they’re in the public record. Two, there is no report whatsoever, Mueller finishes, says he’s done, congress is notified under the rules, and that’s it. Number three, there is a spare report, hey, we indicted these people, it’s a list of names, we already knew that. We investigated these people, maybe they’re redacted, and we’re done. And door number four is there’s some voluminous report.”

Listen above, via PodcastOne.