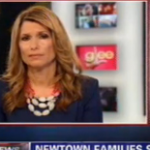 From Mediaite: Did a recent episode of Glee go too far too soon? Mediaite reports on some of the opinions: “Appearing on CNN this morning, a Newtown parent lamented Fox’s decision to air a school shooting episode of Glee without first notifying the community rocked by the elementary school massacre last December. Spoiler alert: The episode, which aired Thursday night, contained tense scenes of a gun firing at the fictional William McKinley High School, and students hiding and grappling with the fear of death and potentially never seeing their families again. Speaking with CNN’s Carol Costello, Newtown resident Andrew Paley explained that many of the town’s parents are upset with the show for not notifying them that this episode would be airing so soon after the assault that left 20 children and six school staffers dead.” Read on here. 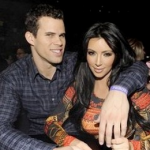 From Gossip Cop: The Kim Kardashian / Kris Humphries saga somehow continues on. Gossip Cop writes on the latest: “Kris Humphries was a no-show at a mandatory divorce settlement hearing withKim Kardashian on Friday.The NBA player was due to arrive at the conference in Los Angeles at 8:30 a.m. PST, but never made it to the courthouse. Humphries was represented by three lawyers in court, while Kardashian herself attended the hearing. If they do not reach a settlement, Humphries and Kardashian will go to trial in L.A. on May 6. The reality star’s legal team plans to call on Humphries to testify in the trial. What do you think about Humphries missing the hearing?” Share your thoughts here. 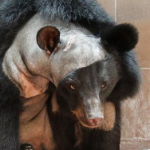 From Geekosystem: A new breakthrough in science: the first bear has undergone brain surgery. Geekosystem explains: “Operating on animals is a bit different than putting humans under the knife, due to all kinds of different physiological and even chemical differences. But it’s not like it’s brain surgery. Y’know, usually. In Laos, a veterinarian recently performed the first ever brain surgery on a bear. Despite her wary — I daresay resentful-looking — expression in the photo above, Asiatic black bear Champa is in fact improving after her surgery.Champa has lived most of her life in a sanctuary south of Luang Prabang, where a nonprofit group called Free the Bears protects bears rescued from wildlife traffickers.. the old girl also suffered from hydrocephalus, a condition marked by swelling of the brain that can cause mental impairment, vision problems, and death.” Read more about her here. 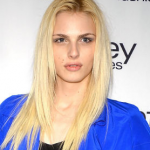 From Styleite: Andrej Pejic is designing a line of shoes, and you’ll never guess the inspiration for his name. Styleite writes, “Andrej Pejic is taking on the design world, one t-shirt and shoe at a time. At a party for Jeffrey Fashion Cares earlier this month, the androgynous male model told WWD that he’s planning to launch his own brand, starting with t-shirts. He didn’t spill any deets about the tees, but added that he hopes to get into shoes somewhere down the line: ‘Eventually, I want to [design] shoes. The shoes are going to be called Codeine Heels because you need codeine [to wear] the best heels.’ We can’t tell if he’s being serious about the name or not, but at least we know dude’s got a great sense of humor.” Read on here. 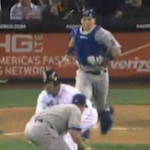 From SportsGrid: Bad news for those who own pitcher Zack Greinke in fantasy baseball: “Los Angeles Dodgers star pitcher Zack Greinke has hit San Diego Padres non-star-hitter Carlos Quentin three times. The third time was last night, and it led to a bench-clearing brawl. Greinke says it wasn’t intentional, but that won’t heal his collarbone. Quentin charged the mound with Ray Lewisian intensity, and Greinke tried to absorb the hit with his shoulder, which was a bad, bad, idea. That would be a fractured collarbone (on his non-throwing arm), and that would be bad… Matt Kemp and Quentin had to be separated by police, after the game. We feel for Greinke, really. But he should really understand that taking a 6-foot-4, 240lb. man’s entire charge with his shoulder is a bad, bad idea.” See video of his bad ideas here. 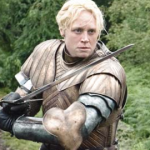 From The Mary Sue: Brienne of Tarth is speaking out about gender roles, sort of. Writes The Mary Sue’s Jill Pantozzi, “I could write a whole article on how amazingly awesome Brienne of Tarth is just from my own perspective but in this case I’ll leave it up to the actress who plays her on HBO’s Game of Thrones. Gwendoline Christie did an interview with TV Guide recently where she said some interesting things about gender roles in Westeros.  ‘Brienne has seen this woman exhibiting strength in an intellectual manner with Renly, and also exhibiting strength of love and motherhood that I think she sees as equal to her own physical strength,’ Christie said of the character Lady Catelyn Stark. ‘And perhaps it’s the first time we see Brienne consider something beyond the strength of the physical in a woman as a means to be equal to a man.'” Read more of what she had to say here. 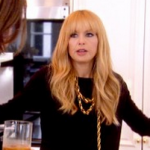 From The Jane Dough: Why does The Rachel Zoe Project exist? The Jane Dough investigates: “Last night’s Rachel Zoe Project episode was all about how she hated being at the center of attention. Apparently Rachel Zoe has the same school of thought as Jodie Foster which is if you say you don’t like attention from people while millions of people are watching you talk about yourself, then it has to be true.First she got a letter from President Obama which was just marginally cooler than her letter from Karl Lagerfeld. Then she was forced to participate in a shoot she styled for Elle Magazine. Poor girl had to wear expensive clothing in an awesome magazine while the world’s most delightful magazine editor, Joe Zee, looked on. Then Rachel had to be in her new commercial for her Jockey line. Again torture.” Read more here. 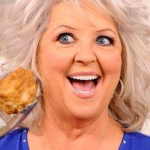 From The Braiser: What part of the U.S. is the most obese? The answer may surprise you. Writes The Braiser, “Prepare for your mind to be blown by statistics. Buckled in? Hands and arms inside the vehicle? Ok: a recent study by the University of Alabama-Birmingham (UAB) suggested that contrary to popular opinion and stacks of research, Southern states (everything listed in orange below) do not have the highest obesity rates in the United States — that honor goes to the cold, “West North Central” states of Minnesota, Iowa, Kansas, Missouri, Nebraska and North and South Dakota… According to The Birmingham News, this misconception comes from theCenter for Disease Control, which gathers data on obesity through a nationwide telephone survey. Southerners were more likely to honestly report their weight.” Read the full report here.