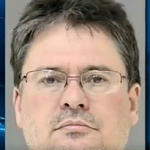 From Mediaite: The rape trial that shocked a nation has a new development: reports Mediaite, “Stacey Dean Rambold was released from a Montana prison on Thursday after serving a thirty-one day sentence for the rape of a fourteen-year-old girl. Rambold will serve fourteen years of probation. Rambold’s sentence provoked a massive outcry when it was handed down by Judge G. Todd Baugh, who said that victim Cherice Moralez had ‘seemed older than her chronological age’ and was ‘as much in control of the situation’ as Rambold. Rambold confessed to raping Moralez, then fourteen, in 2008. Moralez committed suicide before Rambold’s case came to trial.” Read the full story here. 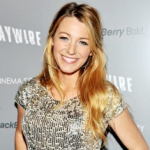 From Gossip Cop: One Gossip Girl has a new project, but she won’t be acting in it: writes Gossip Cop, “Blake Lively is starting her own lifestyle company. ‘It’s something that will be launching in a few months and that I’m really, really thrilled about,’ she tells Vogue UK. The star adds, ‘The main element of it is that it’s about storytelling and it’s about living a very one-of-a-kind, curated life, and how to achieve that. There’s nothing like it out there – it’s without a genre.’ Lively, whose interests in fashion and cooking are well known, tells the outlet, ‘I have so many passions outside of acting and things that I grew up being good at and that I don’t utilize when acting. Acting was something that my family did so I just kind of got into it by default, but there was so much that I cultivated, thinking that I wouldn’t be an actor.’ She seems thrilled to be expanding her professional horizons.” Read on here. 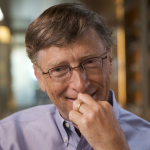 From Geekosystem: Bill gates has admitted a major mistake in his computer design – what is it? Geekosystem answers, “The ‘three finger salute’ of Control+Alt+Delete has been a part of Microsoft lore since it was first put into the Acorn computers in 1981 by developer David Bradley. It’s also used to log in to Windows 7 and below, which annoys users to this day. Gates is real sorry about that, as it turns out. In a talk last week as part of a fundraising campaign for Harvard University, Gates spoke with campaign co-shair David Rubenstein about his work with Microsoft and the early days of the personal computer movement. When Rubenstain straightforwardly asked him why it was that he had to type three keys just to log into his own PC.” Read more here. 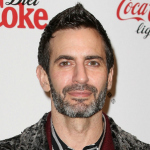 From Styleite: Is Marc Jacobs being replaced at Louis Vuitton? Reports Styleite,”Brace yourself. The term ‘designer musical chairs’ has been thrown around a lot this year, but this latest bit of news, a potential new chapter for the ongoing Balenciaga saga, brings the expression to a whole new level. According to Fashionista, a reliable source has said that Nicolas Ghesquièreis in serious talks with LVMH and that the designer will “definitely” succeed Marc Jacobs. We haven’t even begun to wrap our minds around the fact that after 16 years, Jacobs will no longer be at the helm of Louis Vuitton. After all, while WWD revealed today that Jacobs is one of the candidates to take over Coach, it also made a case for why Jacobs could very well keep his post at Louis Vuitton, mentioning something to the tune of a possible public offering.” Read the story here. 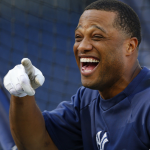 From SportsGrid: What is Robinson Cano thinking? Answers SportsGrid, “Look out world: Robinson Cano is about to become a free agent, and he wants to get paid. As in, become the highest-paid player in Major League Baseball history. Cano is reportedly seeking a 10-year, $305 million deal. Three hundred and five million. That would make him baseball’s first $30-million-a-season man. Not even A-Rod makes that much, and A-Rod is the king of the unreasonably long and large contract… Yes, Cano is really good at baseball. He led the Yankees in every meaningful statistical category this year; he’s a lifetime .309 hitter who averages 24 homers and 97 RBI a season; he’s durable; he plays an important position in the middle of the infield; he’s a consistent (if not serious) MVP candidate year in and year out. All that being said, Cano is insane if he thinks he’s getting a $300 million contract for double digit years, especially since he’s on the wrong side of 30.” Read on here. 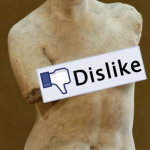 From The Mary Sue: Facebook temporarily blocked the ACLU. Why? Answers The Mary Sue, “A group wants a statue to be taken down because of boobs. The ACLU writes a response, including a picture of said work of art. They post the response to Facebook, and Facebook takes it down. Because, again, boobs. Oh no! Boobs! Run for the hills! ‘Accept or Reject’ is a statue of a bare breasted woman that a group called the American Family Association is trying to get removed from its current home in a Kansas City park on obscenity grounds. The ACLU disagrees, and staff attorney Lee Rowland wrote a piece on the ACLU’s website about how the statue just plain doesn’t doesn’t meet the legal standard for obscenity. He posted a link to the story on the ACLU’s Facebook page, and a picture of the statue showed up in the link preview. And lo, Facebook did see the pair of bronze boobs and swoon, collapsing onto their setees in a fit of offended sensibilities.” Read what happened here. 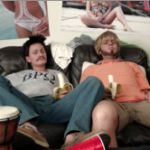 From The Jane Dough: The Jane Dough’s favorite frat bros are… ladies. Writes the site, “Despite having grown up on Long Island, a.k.a El Brorado, my most foundational broteraction occurred in college. I was a broke freshman who was eager to get floppy-drunk and make up for all those high school weekends spent creating Elijah Wood doppelgängers on The Sims. I had heard that one of the frats were having an open party in their brownstone, replete with jungle juice and a party theme that was deeply invested in the great “bro-ho” rhyme scheme. I scuttled my way over to Frat Row only to discover that the party was just a rumor… MTVOther’s Two Guys Named Josh is just like standing in that fraternity’s living room, except the bros are female comedians and Upright Citizens Brigade performers Fran Gillespie and Kate Riley and the smell isn’t as bad. Hilarious, absurd, and just the right amount of dumb, Two Guys Named Josh is the perfect web series to watch while cracking open some brewskies with your road dogs.” Read on and watch here. 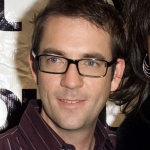 From The Braiser: Celebrities are banding against Barilla pasta. Why? Answers The Braiser, “Yesterday, Guido Barilla, chairman of Barilla Pasta, made headlines after appearing on an Italian radio program and stating that he would never advertise his product using a homosexual couple, ‘not for lack of respect but because we don’t agree with them. Ours is a classic family where the woman plays a fundamental role.’ While gay rights groups protested the world’s largest pasta manufacturer and called for a boycott, Chopped host Ted Allen was left bewildered — because back in the early 2000′s, at the height of his fame on Queer Eye, Barilla had asked him to appear in a national ad campaign.” For what’s actually happening, read on here.