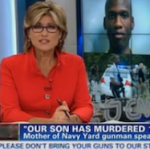 From Mediaite: In the wake of Monday’s tragic shooting in Washington DC, the gunman’s mother is speaking out. Reports Mediaite, “The mother of Aaron Alexis, who allegedly murdered 12 innocent people at the Washington Navy Yard Monday morning before getting killed by police, spoke out for the first time Wednesday, apologizing to the victims and expressing thanks that he son won’t be able to hurt anyone else. Cathleen Alexis delivered an audio statement to reporters, a portion of which was played on CNN.  ‘His actions have had a profound and everlasting effect on the families of the victims,’ she said. ‘I don’t know why he did what he did, and I’ll never be able to ask him why.'” Read the full story here. 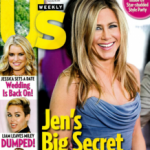 From Gossip Cop: Another day, another Jennifer Aniston pregnancy rumor. Gossip Cop corrects the latest,”Jennifer Aniston is NOT pregnant. Us Weekly made a huge mistake on Wednesday, publishing a cover story that claims the actress is ‘finally going to be a mom at 44.’ It’s 100 percent false, which might be why the outlet has been too embarrassed to put such a big alleged ‘scoop’ on its website. The story itself claims that Aniston and Justin Theroux are are ‘waiting to share the news’ about their ‘happy secret,’ and uses tired tabloid tropes about a supposed baby ‘bump’ and Aniston’s ‘curiously clear work schedule’  to build the case that she’s pregnant. At one point, Us Weekly alleges that Aniston ‘postponed a late September photo shoot for a Smartwater ad campaign’ because of her supposed pregnancy. There was never a shoot that was cancelled, Gossip Cop has learned. Us Weekly has tried to stir up drama with Aniston before.” Read the whole article here. 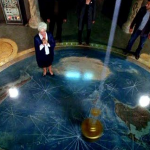 From Geekosystem: What is today’s Google doodle? Geekosystem answers, “If you’ve managed to get yourself over to the main page of Google this morning, you probably saw a real pretty pendulum slowly swinging around and knocking over stuff in its path. That’s a Foucault pendulum, named so after the guy who first invented it. If you’re more of an entertainment nerd than a science one, you might also recognize this pendulum because of a similar one that appeared in Lost. The Lamp Post (because everything in Lost had a weird cryptic name) was used to track where in space and time the Island would appear in the later seasons of the show. It’s a totally fictional thing, so we don’t actually know how it would have been able to monitor disruptions in electromagnetic energy and changes in the Earth’s gravity, or… whatever. But we do know how an actual Foucault pendulum demonstrates the Earth’s rotation around its axis.” Read more about Foucault’s experiment here. 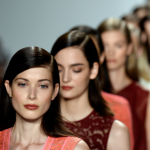 From Styleite: Following up on Fashion Week, today Styleite reports on one of the most controversial topics of the industry. Writes the site, “Racism on the runway is one of, if not the controversy on everyone’s lips this fashion month. Between the outspoken models in the minority, and Jezebel crunching the startling numbers of New York Fashion Week’s catwalks, it’s become clear that while much hasn’t changed on the white-washed runway front, the number of those unwilling to tolerate is fervently rising. Just yesterday, Iman along with Diversity Coalition activist Bethann Hardison sat down with the Evening Standard and admitted that they refuse to buy Céline clothes for ethical reasons.” Continue reading here. 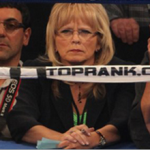 From SportsGrid: There’s news about controversial boxing judge Cynthia J. Ross, who scored Saturday’s Mayweather-Canelo fight a 114-114 draw. Reports SportsGrid, “[N]ow you won’t have C.J. Ross to kick around any more — she’s taken a leave of absence. According to the Las Vegas Review Journal, Ross notified the Nevada State Athletic Commission that she’s stepping down, effective immediately. Boxing judges have to re-apply for a license every year, and Ross says she isn’t sure that she will do so when hers expires. So in effect, she’s retiring. Why the sudden turnaround, after declaring defiantly on Sunday that she stands by her decision in the Mayweather fight?” Read some clues to the answer here. 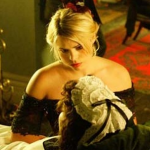 From The Mary Sue: There’s a new show to watch, writes The Mary Sue: “We’ve written about Showtime’s upcoming Penny Dreadful a few times before: Basically, it’s a psychosexual horror series set in Victorian London and featuring several iconic horror characters, like Dr. Frankenstein and Dorian Gray. So like Once Upon a Time but with blood and sex. Van Helsing but hopefully not bad. The League of Extraordinary Gentlemen, but not inspiring Alan Moore‘s eternal hate. You get the idea. Piper’s character, who according to SuperHeroHype is one of the stars of the show, is an Irish immigrant on the run from ‘a dark and sordid past.’ Also in the show are the always-amazing Eva Green and Helen McCrory (Doctor Who connection: She played the Queen alien-fish-vampire in ‘The Vampires of Venice’).” Read all about it here. 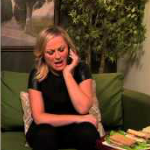 From The Jane Dough: What did funny lady Amy Poehler really want last night? The Jane Dough answers, “It has been awhile since we worshipped at the altar of our Pawnee princess, Amy Poehler. With the new season of Parks and Recreation so close that we can almost taste the bacon-wrapped shrimp, we decided it was as good a time as any to catch up with Amylie; Ambrosia; Po-Town, NY; Amy “You AreThe Mother Of Two Adorable Ginger Tykes!” Po-vich; oh god, JUST BE OUR FRIEND, PLEASE! Poehler was a guest on Jimmy Kimmel Live last night and caused a stir even before she came out for an interview. She and fellow guest Stephen Merchant interrupted Kimmel’s monologue with impatient phone calls requesting better backstage entertainment and sprayable spreads.” Watch video here. 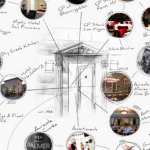 From The Braiser: Happy 25th Birthday, Aureole! Writes The Braiser, “In 1988, a young Charlie Palmer opened Aureole on the Upper East Side, and eventually grew it into a multimillion-dollar fine dining empire, with eleven restaurants across the country, famous alumni, and unnecessarily decadent sparkly flying women on wires fetching wine. This year, Aureole turns 25, which makes it 113 years old in restaurant years. To celebrate its anniversary, Palmer will do the thing that he does best and throw a two-month-long series of extravagant celebrations, starting this Sunday with an oyster social, and ending on November 18th (the anniversary of Aureole’s opening) with a giant fundraiser to benefit his alma mater, the Culinary Institute of America.” Read more about the extravagancy here.