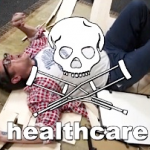 From Mediaite: Yesterday brought not only a government shutdown, but also the first day of ObamaCare. Jon Stewart recruited some familiar faces to help sell it, reports Mediaite: “With the official launch of the Affordable Care Act exchanges Tuesday, The Daily Show’s Jason Jones took a look at some of the messaging that both sides are using to either encourage or discourage Americans from signing up. Not quite satisfied with the level of advertising he was seeing out there, he recruited actors Harvey Keitel and Johnny Knoxville to make their own pitches to New Yorkers and young people, respectively.” Read on and watch video of the event here. 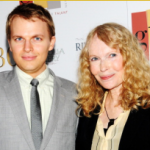 From Gossip Cop: Mia Farrow’s love life is in the news today. Writes Gossip Cop, ” Mia Farrow drops a bombshell in the new Vanity Fair, telling the magazine that Ronan, her son with Woody Allen, might actually be Frank Sinatra’s child. In a wide-ranging discussion about her humanitarian work, children, love life, and scandals, the actress describes Sinatra as the great love of her life, saying, ‘We never really split up.’ Asked whether Ronan might be Sinatra’s son — not Allen’s — Farrow responds, ‘Possibly’ No DNA tests have been performed, although Nancy Sinatra, Jr. says of Ronan, ‘He is a big part of us, and we are blessed to have him in our lives.’ Vanity Fair also speaks with several of Farrow’s adopted and biological children, including daughter Dylan, who elaborates on accusations of sexual abuse by Allen.” Read all about it here. 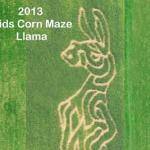 From Geekosystem: As autumn kicks in and Halloween approaches, Geekosystem is asking a strange question: Is there a llama penis in a Pennsylvania children’s corn maze? Reports the site, “Pennsylvania is stepping up its game when it comes to weird Halloween attractions this year. First there was the naked Haunted House, now someone cut a llama penis into the path of a children’s corn maze at Wilcox Farms in Boyertown, PA. Was it just an unfortunate design? …[It’s] probably not an intentional llama penis, but it sure does look a llama penis, and one he’s awful proud of judging by his posture. The farm claims it was a simple mistake, and we’re willing to believe it. Some locals have complained, because well, that’s what people do.” Take a look at a photo of the maze and decide for yourself here. 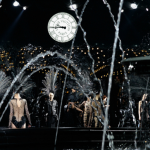 From Styleite: A fashion show or a funeral? Writes Styleite, “We hate to see him go, but love to watch him leave. After a storied 16-year tenure helming Louis Vuitton, Marc Jacobs is leaving the French house to concentrate on his eponymous label. In his signature fashion, Jacobs went out with a bang, putting on a show that was essentially an unorthodox, albeit splendid funeral march. The swan song setting was characterized by pitch-black everything and was a revisit to some of Vuitton’s most notorious stagings with a water fountain, fairground carousel, escalators, and even last season’s hotel doors. An old-fashion clock set at four minutes past 10, an allusion to Jacobs’ journey to punctuality, ticked loudly until showtime. Despite the dark milieu, the show was a celebration of all the women who has inspired him, in his words, his showgirls.” Read more about it here. 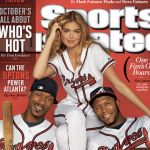 From SportsGrid: Which one of these Uptons doesn’t belong? Answers SportsGrid: ” It’s tough to sell magazines nowadays. The best way to do so is to follow the Internet method: Use boobs. That’s why Kate Upton is on the cover of Sports Illustrated’s October issue, though we’re a little confused about the outfit choice. This is easily the most modest we’ve ever seen Ms. Upton. So, which Upton doesn’t belong? Easy: B.J., who’s hitting .184 this year. Plus, wouldn’t Justin and Kate together have been enough? Now we’re imagining a really weird brother-brother-Kate threesome that makes us feel really uneasy.” See the cover here. 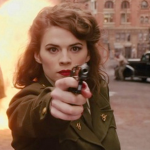 From The Mary Sue: What does Haley Atwell have to say about women in superhero movies? Reports The Mary Sue, ” The possibility of Peggy Carter getting her own television show just got one small step closer to reality. After those annoying posters and the negative fanboy reactions to Black Widow’s role in Avengers 2, we’ve been needing some good lady news from the Marvel Cinematic Universe, so let’s thank the superhero gods for Hayley Atwell. The actress, who brought Peggy Carter to life in Captain America: The First Avenger and the solo short film Agent Carter, says she’d be ready for more: ‘The one-shot was so successful, the fanbase were like, ‘We want more of Peggy!’ I think Marvel probably take that very seriously, and it’s certainly something I would be a part of doing. I’d be interested to show different sides of Peggy.’ The popularity of Peggy Carter has proven that a woman can be a successful breakout character in a blockbuster like Captain America.” Read on here. 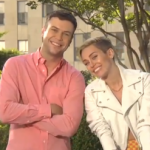 From The Jane Dough: Which lady will be hosting SNL this week? Answers The Jane Dough, “To say that we weren’t enthused after we learned that Miley Cyrus was serving as the host and musical guest on this week’s Saturday Night Live is a bit of an understatement; we may or may not have written the show off as a “hot mess” that’ll spill forth like a vat of radioactive waste, killing all the fish and turning the children into twerkin’, hammer-licking Alex Macks. (We did. We absolutely did say that.) So we didn’t expect much (other than a pesky case of eye chlamydia) from Cryus’ SNL promos but we have to admit we were pleasantly surprised. Cyrus and Taran Killam make a charming pair; sure, they’re no Britney and Justin in #AllDenimEverything but we wouldn’t not stand next to them at a party and make small talk about our drink choices.” See the promos here. 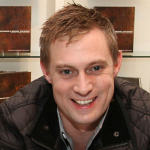 From The Braiser: How are celebrity chefs responding to the shutdown? Reports The Braiser, ” In the wake of the government shutdown, Bryan Voltaggio’s joined the dozens of DC chefs who are giving free food to federal employees affected (or even not affected) by the forced furloughs. Voltaggio, fresh off his appearance on Top Chef Masters, is offering free ‘Government Cheese’ pizza to anyone with a government ID at his Friendship Heights restaurant, Range, until the shutdown is over. Though the name sounds icky, ‘Government Cheese’ pizza is actually a really delicious margarita pizza, which sounds like a great deal for federal employees. Hold up — not all employees are eligible, as he tweeted.” See what he said here.