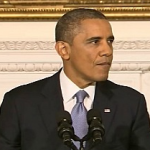 From Mediaite: The shutdown is over. Mediate reports on President Obama’s response, “On Thursday morning, with the government reopened and the debt ceiling crisis behind the country, President Barack Obama held a news conference where he insisted that members of Congress move on from ‘manufactured crises.’ He called on them to ignore the pundit class and focus on progress and negotiations.  The president addressed some of the discussion in the media of the political impact the shutdown would have on the standing of both parties in polls. ‘Let’s be clear,’ Obama said. ‘There are no winners here.'” Read the full story here. 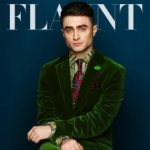 From Gossip Cop: Daniel Radcliffe is opening up about his latest role. Writes Gossip Cop, “Daniel Radcliffe opens up in the November issue ofFlaunt about what is was like to play a gay man in the upcoming Allen Ginsberg movie, Kill Your Darlings. The actor, who portrays Ginsberg as he falls in love with Lucien Carr (Dane DeHaan), tells the magazine, ‘I don’t think there’s any difference between how one falls in love. People express love differently, person to person, but it’s not gender or sexuality related. The only difference it made was obviously the actual sex scene, of course’ In the movie, Radlcliffe loses his virginity to a stranger after being rejected by Carr.” Read more about the scene here. 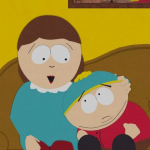 From Geekosystem: South Park experienced a first last night. Explains Geekosystem, “Anyone who’s seen the documentary Six Days to Air can tell you that South Park‘s development schedule is notoriously tight; they often deliver episodes at the very last minute to keep them as current as possible. After 17 seasons it finally backfired on them for the first time, and last night’s planned episode had to be postponed. In a statement, Comedy Central cited a power outage on Tuesday that completely immobilized South Park Studios. ‘From animation to rendering to editing and sound, all of their computers were down for hours and they were unable to finish episode 1704, ‘Goth Kids 3: Dawn Of The Posers’ in time for air tonight.’” Read the whole story here. 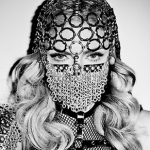 From Styleite: Who’s Terry Richardson photographing now? Answers the site, “If you’re being photographed for the cover of Harper’s BAZAAR, just know that ending up inside Terry Richardson’s studio post-shoot is in the fine print. With that said, we weren’t at all surprised to find Madonna, in all her gilded bondage queen glory, delivering fierceness on Terry’s Diary today. Some might be quick to tear down the 55-year-old for her penchant for shiny latex, but we can’t get enough of it. In fact, she does it better than one 20-year-old Miley Cyrus. Keep giving it to us, Madge.” Read more here. 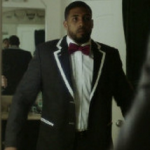 From SportsGrid: There’s a new level of fantasy sports. SportsGrid explains, “In fantasy sports, we pretend to “own” a roster of players to mimic the feeling of being a general manager, owner and coach all in one. It’s how non-athletes who love sports can live vicariously through their favorite players — not to mention make some money, if betting on your league is your thing (not that we are proponents of gambling, except where noted). But fantasy football/baseball/NASCAR has nothing on what Fantex Holding wants to create: a marketplace where people can literally invest in, and own a piece of, their favorite athletes’ success.” Read the story for more details here. 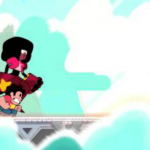 From The Mary Sue: The first cartoon show created by a female has gotten a theme song, The Mary Sue reports: “The whole show will be on its way to us next month, but those lucky enough to get into theSteven Universe panel at NYCC were treated not just to this opening sequence, but a whole episode. And, naturally, a Q&A with creator Rebecca Sugar herself. Fans who managed to catch the leaked pilot were a little freaked out, I think, by the changes made in character designs, but Sugar reassured them that changes were not made out of network pressure or budget limitations: just the simple process of taking an animated series from the concept stages into full production.” Hear the song here. 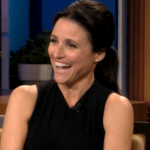 From The Jane Dough: Elaine, er Julia Louis-Dreyfus, shared some hilariously lovable anecdotes on TV. Writes The Jane Dough, “Last night, the Veep star made her twenty-first appearance on The Tonight Show and she was as enchanting and fun as ever. While watching someone flirt with Jay Leno would usually make me think that the Rapture happened and I was left behind on earth for punishment, Louis-Dreyfus gets away with it. Ugh, and listening to her talk about her Enough Said co-star James Gandolfini — all of it is perfection in its natural habitat. Much like her Emmy’s acceptance speech.” Read the story and see the video here. 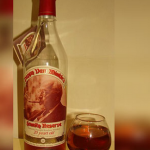 From The Braiser: Where did all the bourbon go? The Braiser explains, “In a shocking crime that will legitimately give celebrity chefs a heart attack, the Buffalo Trace Distillery reported that someone, probably an employee, stole more than $26,000 worth of precious, precious Pappy Van Winkle from their reserves. The State Journal of Frankfort, KY broke the news that 65 cases, each containing three bottles, of Pappy Van Winkle’s Family Reserve 20 Year bourbon — a rare and expensive favorite of chefs such as Sean Brock, Anthony Bourdain, and David Chang – were reported missing to the Franklin County Sheriff’s office on Tuesday. According to Sheriff Pat Melton, the bourbon was stolen over the past few months from a facility which ‘about 50 employees’ could access.” Read on here.