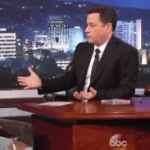 From Mediaite: Kanye and Kimmel faced off face-to-face last night. Reports Mediaite, “A few weeks after Kanye West fired off a series of angry tweets at late night host Jimmy Kimmel, the rap artist appeared on Jimmy Kimmel Live for an interview Wednesday night that got a bit awkward, but the two ultimately reconciled and there were no bad feelings by the end of it. West denied adamantly this was a publicity stunt, and admitted to Kimmel, ‘We kind of just took it back to high school for a little bit.’ Kimmel explained he wasn’t trying to take West down a peg, though he did add, ‘A lot of times, I think you bring it on yourself.’ Despite this, Kimmel said that he’s known West to be a very nice person and has defended him in the past.” Read about and watch the interview here. 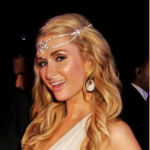 From Gossip Cop: What’s Paris Hilton making headlines for now? Writes Gossip Cop, “Paris Hilton blasted a radio host as a ‘f**king a**hole’ after an interview on Thursday morning — without realizing she was still on the air. The heiress called into Raleigh-Durham’s ‘Bob and the Showgram’ to discuss her new song ‘Good Time,’ and was put off when deejay Bob Dumas brought up her infamous sex tape. Hilton brushed off the question during the interview, but afterwards immediately began ripping the host to her handler — while Dumas was listening in on the phone. She rants, ‘That guy was a f**king a**hole; I’m never doing that show again.’ Dumas is heard cracking up in the background.” Listen to the interview here.

From Geekosystem: Google is forever innovating and thinking outside the box. Geekosystem reports for the latest, “In what is pretty much already the punchline to a Portlandia sketch, Google has decided that it would be neat to convert decommissioned Sydney Monorail cars into meeting rooms at their offices in Australia. Next we imagine they’re going to make a pony their official office mascot because they are just such a cool place to work, guys. The idea came to them via their internal ticketing service, through which employee Paul Cowan jokingly suggested that the company should buy the now defunct Sydney monorail system and loop it across the three buildings that make up their offices, ‘because we’re lazy and besides how cool would it be to have a monorail’?” Read what happened next here. 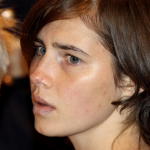 From Styleite: Cara Delevingne’s career continues to skyrocket. Styleite writes on the latest: “Another day, another film role for Cara Delevingne. Rumor has it the model has landed a role in Face of an Angel, the upcoming Michael Winterbottom-directed story of Amanda Knox, according to The Mirror. Spanish actor Daniel Brüh is also set to star in the film. Amanda Knox served four years in an Italian prison before being acquitted for the murder of her roommate Meredith Kercher. The two women were roommates at the University of Perugia in Italy, where Kercher was found with her throat cut in 2007. Knox and her Italian boyfriend were convicted of the murder and spent four years in jail before being acquitted in 2009. Chances are Cara won’t be playing ‘Foxy Knoxy’, but evidently she’s not worried about being typecast so early on in her film career.” Read on here.

From SportsGrid: Someone on the Yankees has come clean about steroid use, and it’s not A-Rod. Reports SportsGrid, “Remember when 13 MLB players not named Alex Rodriguez were suspended this year for taking performance-enhancing drugs? Everyone not named Alex Rodriguez accepted their suspensions without argument or appeal or suing the MLB, which throws Rodriguez’s claims that he’s innocent of the charges into question (like everything else he says and does). One guy in particular, Yankees catcher Francisco Cervelli, spoke for the first time about his suspension yesterday, and his honesty is a stark contrast to… whatever A-Rod has going on nowadays.” Read the full story here.

From The Mary Sue: There’s a mass Wikipedia edit coming soon… The Mary Sue’s Susana Polo explains, “I’ll admit, the first thing that springs to my mind when people mention organized Wikipedia edits is Wikipedia vandalism, perhaps because it’s just a bit more exciting than the alternative. That is, getting a bunch of people together with viable sources and references and collaborating on expanding or creating Wikipedia entries on subjects that are often overlooked by the core community of Wikipedia editors. That’s what Maia Weinstock and Anne Fausto-Sterling do every October 15th: they organize an edit-a-thon to improve the encyclopedia’s coverage of female scientists. And it’s that time of year again. Wikipedia has struggled with finding solutions to both its male dominated editorial community and the significant lapses in coverage that that can produce.” Read more here. 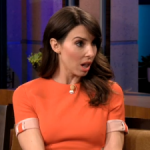 From The Jane Dough: What’s the Chelsea Lately crew been up to lately? Writes The Jane Dough’s Colette McIntyre: “One of my guiltiest pleasures is learning about Hollywood cliques — who is hanging out with whom, which TV casts get brunch every week, figuring out who is the aughts’ equivalent of The Coreys. Few things have devastated me as much as when I found out that MythBusters‘ Adam and Jamie weren’t best friends in real life. What can I say? You can claim that the girl graduated high school but you can’t make her stop obsessing over where everyone sits. Now that you know this incredibly embarrassing detail about me, it should come as no surprise that I am deeply invested in Whitney Cummings and Chelsea Handler’s friendship. I love hearing about the comedians’ drunken escapades, trips to Aspen, and naked tweets; I love that these two hilarious, successful women are entirely supportive of each other, even briefly sharing late-night space on E!.” Read about their latest antics here. 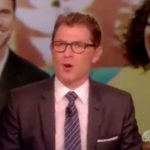 From The Braiser: Could a celebrity chef be the next mayor of New York City? Reports The Braiser, “Bobby Flay donned a fantastic suit and his most distinguished tortoise shell frames to join the ladies of The View this morning as guest co-host, where he teased, of all cockamamie ideas, a potential mayoral run for the City of New York. …Actually, come to think of it, he’s the least offensive potential candidate we’ve heard of since Bill de Blasio. When Barbara Walters asked him about the rumors floating around that, if and when he was ready to quit cheffing, he’d run for mayor, he answered, ‘You know, Barbara, I’m a native New Yorker, and I love New York so much, so if I feel like, at some point, I could be helpful to the city, absolutely, I would do it.’ Of course, he would “neither confirm nor deny” that he was actually planning a run.” Watch his appearance here.