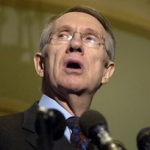 From Mediaite: Check out today’s Mediaite Morning Read List. Writes Mediaite, “Every a.m., Mediaite publishes a primer of what the interweb machine is writing, talking, tweeting, and blogging about, so that you may fool friends and family into thinking you are a trove of information and insight. Today: the Senate’s going nuclear, Democrats seek to extend unemployment benefits, why Detroit went bankrupt, and how to sell shares of yourself (but why you may not want to). Simmering beneath the main story of the week—something about a website?—has been the war over President Barack Obama’s judicial nominees, three of whom were blocked by Republican senators exploiting the sixty-vote cloture threshold. Read the full story and more here. 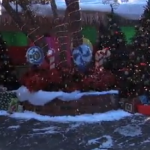 From Gossip Cop: Jimmy Kimmel pranks John Krasinski and Emily Blunt with a Christmas stunt ( hey that rhymes!). Reports Gossip Cop, “Jimmy Kimmel has been engaged in an escalating holiday season prank war with John Krasinski and Emily Blunt over the years, and the late night host really took things up a notch with his latest stunt. While the couple was away from their home, Kimmel sent eight trucks filled with decorations and a 15-person crew to turn Krasinski and Blunt’s house into a winter wonderland, complete with a snow machine and Christmas carolers.” Watch the hilarious prank here. 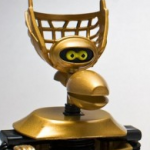 From Geekosystem: This Thanksgiving you can tune into the much anticipated Mystery Science Theater 3,000′s 25th Anniversary Marathon! Writes Geekosystem, “Be super thankful as you watch six classic episodes of Mystery Science Theater 3,000 online for free this Thanksgiving thanks to Shout! Factory. Shout is selling box sets of episodes at discounted prices all month, and you can vote for your favorite episodes to be part of the marathon on Twitter! Head over to MST3KTurkeyDay.com on Turkey Day and get treated to a hilarity marathon (hilarathon?) curated by series creator Joel Hodgson himself.” Find out how to vote for your favorite episodes and read the full article here. 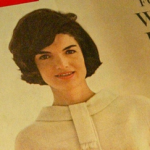 From Styleite: Styleite provided an interesting piece on 5 things we’ve learned about Jackie O on the 50th anniversary of JFK’s death. Reports Stylite, “Tomorrow marks the 50th anniversary of John F. Kennedy’s assassination in Dallas, and for the past two weeks the fallen president, as well as wife Jackie Kennedy, have had the spotlight cast on them. From the story behind Jackie O’s infamous pink suit, to her and JFK’s alleged tryst 30,000 ft. in the air, it’s proved to be a revealing time for the illusive First Lady. Here, we’ve narrowed down the 5 most interesting things we’ve discovered about the icon.” Read the full article and see what the 5 facts are here. 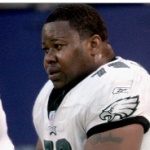 From SportsGrid: A former Eagles lineman says that Donovan McNabb nearly drove him to suicide. Reports SportsGrid, “If there’s one guy who understands what Jonathan Martin is going through right now, it’s former NFL offensive lineman Shawn Andrews, who played with the Eagles from 2004-09 and the Giants in 2010. In an interview with Sync, an Arkansas-area magazine, Andrews opened up about his time in the Eagles locker room and his relationship with Donovan McNabb. Apparently, it wasn’t pretty — it was, in fact “a living hell.” Andrews says the McNabb was an attention whore (our words, not his) that led the charge in degrading Andrews and spreading rumors about his sexual orientation. Andrews became so afraid of being pegged as gay (“the rumor could ruin a player’s earning potential”) that he stopped showering at the same time as the rest of the team, or would shower in a corner, facing the wall, so as not to be accused of peeping.” Read the entire article here. 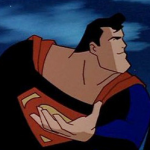 From The Mary Sue: Apparently there is some controversy over what the Man of Steel sequel might be called. Reports The Mary Sue, “A lot of people are under the assumption the Man of Steel sequel is going to be called Batman vs. Superman even though no official announcement has been made to that effect. But some recent domain registrations from Warner Bros. indicates the real title may be a little longer and a lot more ridiculous. According to Fusible.com, “This week, Warner Bros. secretly registered a host of possible titles through the internet brand protection company MarkMonitor.”” Read some of these secret titles here. 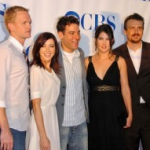 From The Jane Dough: CBS has decided to move forward on a spin-off of How I Met Your Mother, entitled, How I Met Your Dad. Reports The Jane Dough, “Remember when Variety reported that a lady-centered spinoff of How I Met Your Mother was being developed and you immediately winced, released a single crazed, visceral laugh, and then you couldn’t stop shaking your head for five hours? Well, I hope your body is ready to handle more questionable news: CBS has officially decided to move forward with How I Met Your Dad. Is that your piercing howl of despair or are the banshees after me again? According to The Hollywood Reporter, CBS handed a pilot-production commitment to the spinoff project. Mother co-creators Carter Bays and Craig Thomas are joining forces with Up All Night creator Emily Spivey to film theHow I Met Your Dad pilot. The trio will pen the first script and executive produce.” Read the full story here. 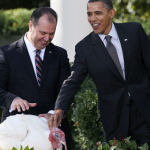 From The Braiser:  Apparently all of President Obama’s pardoned turkeys are dead. The Braiser reports, “According to this perfect headline from the US News and World Report,“All Of President Obama’s Pardoned Turkeys Are Dead”. That’s right. Along with everything else he can’t do (like, say, build a freaking website), President BarackHussein Obama II is incapable of granting longevity to an obese turkey. If you’re not aware of the fluffiest Presidential tradition, here’s a rundown: since the Eisenhower administration, every year around Thanksgiving, the President of the United States uses his constitutional pardoning powers to grant a reprieve to two turkeys destined for the oven. This tradition involves a grand ceremony, Ming Tsai making jokes about eating them, and a quiet retirement on a luxurious farm in Virginia. But ever since Obama took office in 2009, none of his pardoned turkeys have lived past two years, and many usually die in less than a year. Read the full story here.