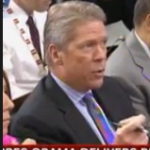 From Mediaite: Reporter, Major Garrett, grilled President Obama Thursday afternoon on whether Americans deserve “greater accountability” surrounding the administration’s repeated promises to the American people that “if you like your plan, you can keep it.” Reports Mediaite, ” “You said while the law was being debated, ‘If you like your plan, you can keep it,’” Garrett began. “You said after the law was implemented or signed, ‘If you liked your plan, you can keep it.’ Americans believed you, sir, when you said that to them over and over.” “Do you not believe, sir, the American people deserve a deeper, more transparent accountability from you as to why you said that over and over when your own statistics alerted your policy staff — and I presume you — to the fact that millions of Americans would, in fact, probably fall into the very gap you’re trying to administratively fix right now?” he asked, adding another question: “You were informed that [Healthcare.gov] was failing the most basic tests internally, and yet a decision was made to launch the web site on October 1st. Did you make that, and if so, do you regret that?” ”  Read the full story and watch the interview here. 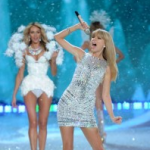 From Gossip Cop: A video of Taylor Swif’t’s and Fall Out Boy’s performances at the Victoria Secret Fashion Show leaked on the internet. Taylor Swift performed “I Knew You Were Trouble” while models strutted down the runway decked out in glitter lingerie. Also caught in this exclusive video? People’s 2013 Sexiest Man Alive, Adam Levine, proudly cheering on Victoria Secret Model, fiancée, Behati Prinsloo. Check out the video and read more here. 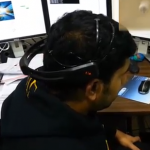 From Geekosystem: University of Buffalo researchers use headsets to control robot arms with their minds. Reports Geekosystem, “This is not the first time that science has given the mind control over robotic arms, but now it can be done with a headset that anyone can slip on, instead of a Matrix-style mind-jack. Now can we just get a full suit of Iron Man armor to control with this thing? Previous mind-control robot arms at this level of precision have been extremely cost prohibitive, not to mention kind of scary, due to the fact that they require a direct interface with the brain. The level of accuracy in this new, external BCI (Brain-Computer Interface) headset is a step towards making it a reality for businesses and consumers.  If the research team at University of Buffalo has their way, we may instead work together with human minds controlling robot workers, which actually sounds pretty fun. It also sounds way more fun than robot minds controlling human workers.” Read the full story and watch a demonstration here. 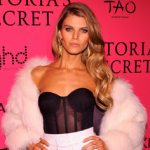 From Styleite: Chilling temperatures in New York, didn’t stop the Victoria Secret Models from wearing as little as possible to the fashion show’s after parties. But would we expect anything less ( or should I say more?) from these Angels? Their looks boasted  cleavage, cut-outs, and gams, definitely a proper sequel to the glittery main event. Reports Styleite, “All Victoria’s Secret Angels have been made privy to one sacred truth: Mortals, even those of female persuasion, never tire of gawking at their tall, tanned physiques. So, last night, when it was time to slip off their angels wings and paint the town pink at the after-party, the girls were considerate enough to keep plenty of skin on display…” Read the full story and see pictures from last night’s rendezvous here. 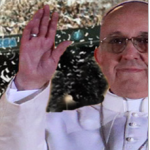 From SportsGrid: Apparently someone in the Vatican downloaded an illegal version of  Football Manager 2013. Reports SportsGrid, “As you know, Football Manager 2013 (FM13 to the kids) is a soccer simulation video game developed by Sports Interactive and published by Sega. It’s hugely popular, as evidenced by how many are illegally downloading it. MCV says that 10.1 million people pirated the game this year. Speaking at the London Games Conference on Wednesday, Sports Interactive director Miles Jacobson said that the company has lost an estimated $3.1 million due to piracy. But they can track the location of the thievery through ip addresses, says Jacobson. And the results are interesting. Our question: To whom does the Pope confess for illegally downloading a video game?” Read the full story here. 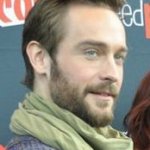 From The Mary Sue: The cast of Sleepy Hollow was interview at the comic con round table and proved to be a hit. Reports The Mary Sue, “It’s not often you get to sit down at a press junket, talk to actors and walk away thinking, “God, I really just want to keep picking their brains.” The Sleepy Hollow press roundtables definitely gave off that feeling on the final day of New York Comic Con. While other members of the press were anxiously hunting for spoilers and trying to pick out plot points they could capitalize on with their up-to-the-minute coverage of the convention, the most interesting tidbits of information came from the actor’s personalities and good humor dealing with the bombardment.” Read the full story here. 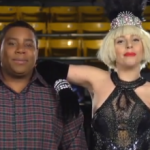 From The Jane Dough: Kenan Thompson flaunts his meat watch in Lady Gaga SNL promos. Reports The Jane Dough, “Known satirist and comedian Lady Gaga is the host and musical guest on Saturday Night Live this weekend and her promos have just been released. She and cast member Kenan Thompson defy the rules of space-time, get motion sick, and fart in Studio 8H — and that’s only in one scene.” Watch the promos and get the full story here. 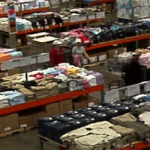 From The Braiser: Costco will close for Thanksgiving this year giving employees the day to spend with their family.  Reports The Braiser, “Bucking the incredibly lucrative trend for retailers to stay open during Thanksgiving, bulk food utopia Costco has announced that they would stay closed during the holiday, which is seriously blowing our minds with its lunacy. Costco is trying out this weird, newfangled idea of giving their workers time off on a national holiday. Why, you ask?” Get the answer and read the full story here.