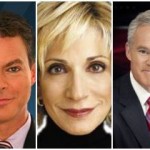 From Mediaite: A new survey revealed who are the most and least liked anchors out there. Reports Mediaite, “The results are in and the viewers have spoken: no longer do media critics and news analysts have to guess at which presenters and anchors are the audience’s favorites. Based on results from a survey conducted by the Q Scores company, The Wrap has revealed who your most and least liked news anchors are.” Read the full story here. 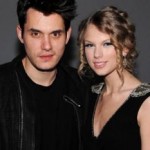 From Gossip Cop: Are Taylor Swift and John Mayer the biggest celebrity players? Writes Gossip Cop, “In a poll of listeners, Swift led the “player” vote with 28.8 percent, followed by Mayer (27.3 percent) and, curiously, the married Justin Timberlake at 27 percent. Meanwhile, Anne Hathaway was picked as the “most unfairly hated/mocked celebrity.” The Oscar winner claimed 24.2 percent of that vote, ahead of Jay Leno (22.7 percent) and Justin Bieber (20.8 percent).” Read the full story here. 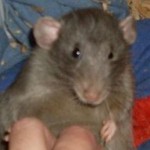 From Geekosystem: Scientists are now tickling rats to help make better antidepressants. Writes Geekosystem, “Whether or not animals have a sense of humor has been investigated in many ways over the years, but one of the most adorable has to be in Jaak Panksepp and Jeffrey Burgdorf’s experiments in tickling rats. Now, their work in adorable rodent tickle fights is helping to craft new “laughing pill” antidepressants. The experiments stretch all the way back to 1997, when Panksepp entered his laboratory at Bowling Green State University in Ohio to say to then-undergraduate Burgdorf, “Let’s go tickle some rats.” With a plan much too cute to resist, they proceeded to try to find a way to tell if their rats’ vocalizations while being poked in the belly could be verified as laughter.” Read the full article here. 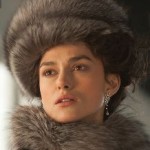 From Styleite: The fur trade is now worth $40 billion dollars. Writes Styleite, “If they really want to battle the fur industry, PETA is going to need something a little tougher than emojis. According to the new figures released by the International Fur Federation, the fur trade is worth more than $40 billion dollars to the global economy. So yeah, you can say business is booming. As The Telegraph helpfully explains, that amount is on par with what the global Wi-Fi market is worth. We all know how much we love our wireless. Fur sales account for an estimated $35.8 billion, so it’s not just Rita Ora fueling the fire.” Read the full story here. 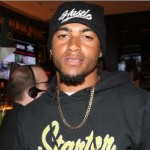 From SportsGrid: The Eagles have cut DeSean Jackson amid reports of gang connections and Jackson has responded. Reports SportsGrid, “After six seasons with the Eagles, wide receiver DeSean Jackson has been released, according to the team’s Twitter account. This decision comes just a few days after Jackson indicated he’d be back with the team. Apparently, that feeling was not mutual: reports say that the team was worried about Jackson’s connections with Los Angeles gang members.” To read the full story click here. 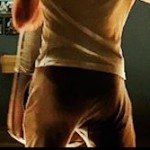 From The Mary Sue: Unfortunately Pinterest was hacked… with butts. Writes The Mary Sue, “I mean, probably it was hacked to contain “More Butts,” since there were probably already some butts on the site already, but still, over the last couple of days the incidences of butts on the site for some users became alarmingly high. Turns out it was a rash of hacked accounts. TechCrunch reached out to Pinterest, and received this response: Our systems were alerted to some incidents of spam yesterday evening. These reports did not come in at a large scale. We began working on cleaning up and placing the accounts in safe mode immediately. The accounts have since been secured. As a precaution, Pinners should use unique and strong passwords, and can get more information in our Help Center.” Read the full story here. 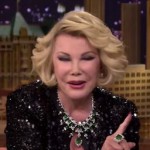 From The Maude:  Jimmy Fallon had Joan Rivers on the show and hilarity ensued. Writes The Maude, “In case you only watch NBC and haven’t seen Joan Rivers in the past 25 years but are wondering if she has changed at all, the answer to your query is “NOPE!” Despite the universe trying its best to keep her at bay, Rivers made her way back to the famed Tonight Show studio last night. Not one to not talk about her new vagina piercing, Rivers made Fallon, guest Russel Crowe, and every single member of The Roots blush and giggle.” Read the full summary and watch the clip here. 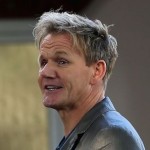 From The Braiser: Chef Gordon Ramsay bought the restaurant where he began his career.  Writes The Braiser, “Even great (or great-mouthed) chefs have to start somewhere, and Gordon Ramsay has done so well in his career that he’s purchasing the restaurant where he launched his career as a wee lad. (A lad of 26, yes, but a wee lad nonetheless.) Ramsay announced today that for the low, low price of £1.2 million, he will purchase the site of the former London restaurant Aubergine, where he won his first two Michelin stars, from the current owners of the property.” Read the full story here.