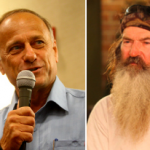 From Mediaite: In an email sent to his supporters earlier this week, Republican Steve King, compares himself to Phil Robertson from Duck Dynasty. Reports Mediaite, “The Robertson family, A&E and Walmart aren’t the only ones making money off of the massive year-end Duck Dynasty controversy. Rep. Steve King(R-IA) invoked the backlash to Phil Robertson’s comments about homosexual sex in an email to supporters earlier this week. According to the Des Moines Register, King’s email said that the Duck Dynasty situation “illustrates the left’s unspoken rule that tolerance is a one way street. Conservatives are to be tolerant of liberal ideology; however, the left need not be tolerant of conservative Christians.”Read the full story here. 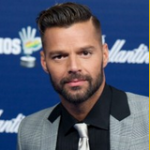 From Gossip Cop: Ricky Martin and partner, Carlos Gonzalez Abella, are calling it quits. Reports Gossip Cop, “Ricky Martin and his partner Carlos Gonzalez Abella have split. A rep for Martin says, “Ricky and Carlos have mutually agreed to end their relationship but continue to be united by friendship and their shared experiences.” They dated for more than three years. Last year, the performer told Vanity Fair of his relationship, ”When I started the process with my sons, Carlos wasn’t in my life. He said: ‘I’m looking for a boyfriend, not a father with a family.’ And I said to him: ‘You’ve found a grown-up, full-fledged man.’” Martin hinted at the breakup on Twitter on December 27, writing, “Changes oh changes.” ” Get the full story here. 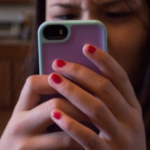 From Geekosystem: The popular app, Snapchat was apparently warned by some helpful hackers months before it was hacked. Reports Geekosystem, “Snapchat suffered recently when millions of its users’ usernames and phone numbers were posted for public viewing by hackers, but companies that operate online run that risk. The risk significantly increases when a group of hackers warns you that you’re vulnerable and tells the entire Internet how to hack you, and you say everything is fine. Back in August, a group of helpful hackers known as Gibson Sec (Gibson Security) told Snapchat that the app’s developers basically just left its doors unlocked for anyone who bothered to check, because they were able to access the Snapchat API. For those keeping score at home, that’s four months of advance warning. Seemingly growing impatient with Snapchat’s disregard for their advice, Gibson Sec then gave them a wake up call as a Christmas present by posting the details of how to hack Snapchat for anyone on the Internet to see. If this was a zombie movie, now would be the part where the audience starts screaming at Snapchat that they have to destroy the brains.” Read the full story here. 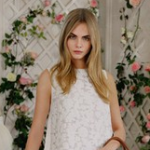 From Styleite: Cara Delevingne hosted a tea party for the Mulberry Spring 2014 campaign. Reports Styleite, “Cara Delevingne never wants to grow up. So, we weren’t the least bit surprised to see the 21-year-old invite a few four-legged friends to her English Tea party for Mulberry. The cheeky gathering took place inside the British brand’s Spring 2014 campaign, shot by Tim Walker at an 18th century country house in Oxfordshire.” See some of the photos and read more details here. 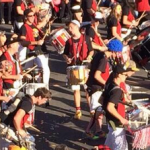 From SportsGrid: Whether you love them or hate them, the Stanford band always gives you something to talk about. Reports SportsGrid, “It’s a tradition almost as old as college football itself: The Stanford Band flaunts tradition with zany halftime antics, causing stodgy, militaristic fusspots with onions on their belts to froth at the mouth and type angry words onto the Internet. Why, Stanford Band? Why must you tear at the very fabric of society? For the record, there are only two college marching bands that I enjoy: Stanford’s, and Ohio State’s. All others are stuck in the mid-1960s, and remind me of any given scene from “Babes In Toyland”, only with more outdated music. Stanford gives the finger to all of that lock-step convention, and that’s kind of amazing, considering that it’s Stanford — home of Condoleezza Rice and Herbert Hoover.” Check out some memorable moments and read more about their Rose Bowl antics here. 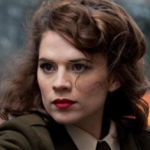 From The Mary Sue: Did Captain America’s Hayley Atwell get her own Marvel television show? Reports The Mary Sue, “We told you back in October that Hayley Atwell would love to reprise her role as Peggy Carter on the small screen, and today, the internet is ablaze with rumors that this awesomeness might actually be happening. Following in Agents of S.H.I.E.L.D.‘s footsteps, Agent Carter could be the next show on Marvel’s docket. I’m shaking just thinking of all the retro cosplay opportunities that this show could bring us. According to The Daily Mirror (yeah, we know) Atwell has officially agreed to star in Marvel’s newest TV venture, which would see Carter kicking butt and rocking the red lip back in the 40′s. Supposedly, this will be Marvel’s “big project of 2014,” and we should expect to see Agent Carter on our screens by the end of the year.” Read the full story here. 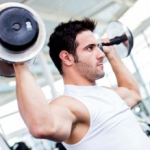 From The Jane Dough: Gym rats hate your New Year’s resolution to get fit and they aren’t afraid to tweet about it. Reports The Jane Dough, “Happy 2014, guys! It’s a full two days into the new year and I bet you’re feeling great, renewed, over your hangover, and ready to tackle your resolutions! If you’re anything like half the country, you have committed yourself to going to the gym, living healthier, and eating less Doritos Locos tacos. But wait — a peculiar feeling has just washed over you. Perhaps you aren’t ready for this. Is getting swoll too great a task? Something in the ether is whispering No; you daren’t step foot into our CrossFit! Oh, that’s not the ether talking, it’s the Internet: gym rats and people who use the word “gains” are taking a moment out from doing squats and Instagramming their butts and shoulders in order to shoo you away from their gyms.” Read some of these hilarious tweets here. 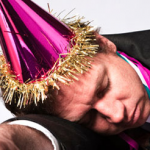 From The Braiser: The best hangover cures are exposed. Reports The Braiser, “Shhhhh, shh. It’s all right, we know that you’ve had a rough night. We’ll make this easy for you: here are tips from 11 chefs on their tried-and-true methods for curing your hangover. They know what they’re talking about. They’re chefs. It’s their life. Follow their instructions, and everything will be all right. (Those drunk ex-sexts, though, they can’t help you with. You’re on your own.)” Check out these awesome meals here.