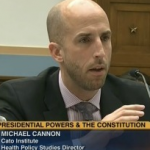 From Mediaite: An expert testifies to Congress that Obama’s ‘ignoring laws’ could lead to an overthrow of the government. Cato Institute’s Director of Health Policy Studies, Michael Cannon discussed the dangers of Obama’s legal behavior.  Reports Mediaite, “During a congressional committee hearing about the constitutional limits imposed on the presidency and the implications of President Barack Obama’s disregard for implementing the Affordable Care Act as written, one expert testified that the consequences of the president’s behavior were potentially grave. He said that the precedent set by Obama could eventually lead to an armed revolt against the federal government. On Tuesday, Michael Cannon, Cato Institute’s Director of Health Policy Studies, testified before a congressional committee about the dangers of the president’s legal behavior.’There is one last thing to which the people can resort if the government does not respect the restrains that the constitution places on the government,’ Cannon said. ‘Abraham Lincoln talked about our right to alter our government or our revolutionary right to overthrow it.’ ” Read the full article here. 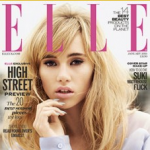 From Gossip Cop: Does Bradley Cooper’s model girlfriend think he is boring? Gossip Cop reports, “Suki Waterhouse is finally talking about her relationship with Bradley Cooper — well, sort of. The Burberry model tells the January issue of Elle U.K., “I don’t talk about my boyfriend because it’s boring.” Asked about reports that Cooper asked for her number at the Elle Style Awards in London last February, Waterhouse replies, “That didn’t happen there. But we did meet at the Style Awards, I’ll give you that.” The 21-year-old beauty says, “I’m not one of those girls who goes on about their boyfriends,” admitting, “I do think whatever I say will sound weird.”” Read the full story here. 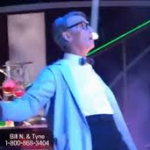 From Geekosystem:  Merriam-Webster declares “Science” it’s 2013 Word of the Year. What is the story behind this? Reports Geekosystem, “It’s a great day for geeks of all kinds! Merriam-Webster has declared “science” as their 2013 Word of the Year, meaning word-geeks and science-geeks get to party together. While other dictionaries have been throwing around “selfie” as their trendy word of the year picks, MW knows what’s important. Let’s look at why they chose “science.” MW released their top 10 words of the year, with “science” in the number one spot. To put the list together, MW compared lookups in their online dictionary. The words that made it to the list were ones whose lookups increased the most in 2013. It seems strange to us that “science,” a word we assumed everyone knows and loves as much as we do, was looked up so much this year, but MW Editor-at-Large Peter Sokolowski explained in a press release: ‘It is a word that is connected to broad cultural dichotomies: observation and intuition, evidence and tradition. A wide variety of discussions centered on science this year, from climate change to educational policy. We saw heated debates about ‘phony’ science, or whether science held all the answers. It’s a topic that has great significance for us. And it fascinates us–enough so that it saw a 176% increase in lookups this year over last, and stayed a top lookup throughout the year.’ ” Read the full story here. 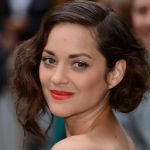 From Styleite: Do French women age more gracefully than American women? Styleite has the answer and it may have to do more with the culture than plastic surgery. Reports Styletite, “We’ve got plenty of hometown pride, but when it some to style, we’re unabashedly in the business of stealing tricks from the French. This goes for everything from fuzzy angora sweaters and eye cream, to the perfect merlot to pair with dinner. Helping us one tome at a time is Mireille Guiliano, author of French Women Don’t Get Fat and luminary who single- handedly taught us that women can cut an enviable physique while still indulging in red wine and carbs. The next installment of her empire, French Women Don’t Get Facelifts: The Secrets of Style and Attitude, tackles anti-aging from all corners of attack, including understanding the storied French Paradox. What strikes us as most interesting about Guiliano’s outlook on aging gracefully is that it’s not just merely based on appearance, but a difference in culture — and that’s not just a reference to plastic surgery (French women go under the knife too, she admits).“The difference is the U.S. is a ‘youth’ culture, France is not…” “Read the full article here. 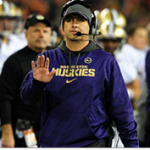 From SportsGrid: There is a new USC football coach in town. Reports SportsGrid, “Multiple sources have reported that your new USC head football coach is Steve Sarkisian, who is somehow leaving the beauty of the Pacific Northwest for Hollywood and smog. He was 34-29 with the Washington Huskies, who will be headed to their fourth bowl game in his five seasons in Seattle. Good coach, but why would USC stick to the formula that got them into trouble to begin with?” Get the answer and more news on the new coach here. 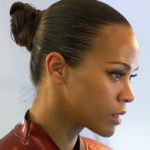 From The Mary Sue: Actress Zoe Saldana spoke with Manhattan magazine about what it is like to be a woman in Hollywood. Reports The Mary Sue, “Zoe Saldana talked to Manhattan magazine about what it’s like to be a woman in Hollywood and beyond. She said: “It’s very hard being a woman in a man’s world, and I recognized it was a man’s world even when I was a kid. It’s an inequality and injustice that drove me crazy, and which I always spoke out against – and I’ve always been outspoken.” She explained that this awareness of sexism influences the roles that she chooses to play: “I’m known for being selective in parts I either pick or pursue, and what matters most is that they be good female roles where the character isn’t cardboard or objectified, and where there’s real substance. No generic girlfriend or wife, and no sexy bombshell. Enough of that already!”” Read the full story here. 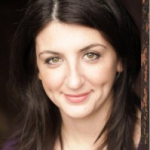 From The Jane Dough: Saturday Night Live hires a new female staff writer! The Jane Dough reports on this news, “SNL has added another writer to its staff — Second City mainstage performer Katie Rich. Yes, ladies and gentleladies: the new staff writer is one of us. (Well, that is, if you’re white, of course.) While SNL and I still have a ton of issues to work on (and I really wish they would give in to my request and attend couple’s counseling with me), I will graciously accept this news as if it were an apologetic Edible Arrangement.” Read the full story and more about the new writer here. 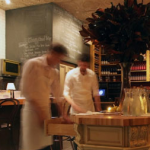 From The Braiser: Famous New York restaurant Torrisi Italian Specialties accidentally ( and unknowingly) turned away a prominent British critic last night.  The Braiser reports on this food faux pas, “Last night, the Guardian UK’s restaurant critic Marina O’Loughlin attempted to visit the famous Torrisi Italian Specialties while on a whirlwind restaurant tour of New York City, only to be turned away at the door. Normally, this wouldn’t happen with a restaurant critic from a prominent newspaper, except for the fact that O’Loughlin is 1) notorious for maintaining her anonymity in the era of Internet, and 2) is from England and therefore, in the minds of many Americans, simply doesn’t exist. (To many Americans, the only English people that exist in the world are Kate Middleton, Pippa’s butt, that robot wheelchair genius, and Prince Harry’s schlong.)Oddly enough, the owners behind Torrisi’s Italian Specialties, Rich Torrisiand Mario Carbone, were behind another restaurant, ZZ’s Clam Bar, that once kicked out a restaurant critic mid-meal. Nothing indicates so far that kicking out restaurant critics is standard practice (and it would be impossible, given that no one knows who the hell Marina O’Loughlin is), but the two incidents following each other is…rather strange. Read the full story and some of O’Loughlin’s tweets about the incident here.