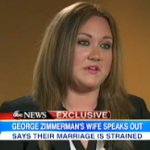 From Mediaite: The Zimmerman trial is back in the headlines, and this time it’s his wife who is causing the stir. Writes Mediaite, “In her first interview since her husband George Zimmerman was acquitted for the murder of Trayvon Martin, Shellie Zimmerman told ABC News that there were troubles in her marriage before the shooting occurred, and that those problems have only gotten worse following the trial. ‘Of course I want to have children and stay married,’ the 26-year-old Zimmerman said, but divorce is ‘something I’m going to have to think about.’ Shellie Zimmerman revealed that that night Trayvon Martin was killed she was staying at her father’s house nearby because she and George had ‘gotten into an argument the night before.’ Still, she told investigative reporter Christi O’Connor that her husband would not have been capable of ‘profiling’ Martin, because ‘that’s just not his way.’” Read on here. 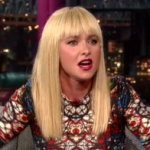 From Gossip Cop: Summer vacation almost turned into trouble for Hayden Panettiere. Reports Gossip Cop, “Hayden Panettiere revealed the dangers of dating someone who weighsmore than a hundred pounds than her on Wednesday’s ‘Late Show with David Letterman.’ The ‘Nashville’ star told the host she recently flipped out on boxer beau Wladimir Klitschko when he jumped on the back of her jet ski while the couple was vacationing in Croatia. Asked whether jet skis were ‘safe,’ Panettiere shared, ‘They’re safe when you have a 110 pound girl on it. When you add a 245 pound Ukrainian on the back it doesn’t go so well.’ ”This thing started sinking. I kid you not,’ the actress said.” See the video of her interview here. 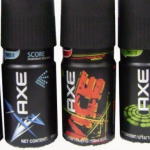 From Geekosystem: Allergies can be difficult, but one is especially tough for a high schooler: writes Geekosystem, “Brandon Silk just wants to go to high school and live a normal life. That sounds like the beginning to a promotional description of a TV show about a kid with superpowers, but it’s not, because Brandon doesn’t have any superpowers. What he does have is a deathly serious allergy to Axe Body Spray. While Brandon is desperate to go to an actual physical high school with teachers and gym class and everything (making him probably the only person in the world with this dream, we might add), he didn’t even last three days after the start of this school year before facing several adverse reactions to other students. A slight exposure on Monday left him with rashes and a serious headache; a more potent dose on Wednesday caused him to go into anaphylactic shock. Fortunately he was scooped up and treated at a nearby hospital before it got any worse.” Read more here. 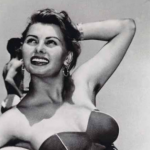 From Styleite: Is female armpit hair feminist, or gross? Styleite reports, “November is one of the most beautiful months of the year… It’s also Movember, which, as a firm believer in male facial hair, is a glorious thing. Movember just makes perfect sense. Chilly weather, men with mustaches and charitable stimuli are pretty much a holy trifecta. August, on the other hand, is gross. I believe it’s grossest in New York, but it occasionally gets sticky in the UK too. And this is where a bunch of ladies started Armpits4August, which is being dubbed a girls’ answer to Movember. Armpits4August aims to raise awareness and money for PCOS, a condition which causes obesity, acne and hirsutism, by encouraging women to grow out their armpit hair during the hottest month of the year. Clearly it’s not just the weather, though, that makes us Armpits4August slightly more controversial. Whereas mustaches on men are not just acceptable but sexy, the reactions inspired by female pit hair are considered something to balk at.” Read more about the movement here. 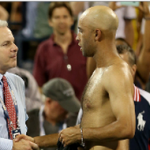 From SportsGrid: Continuing to update you on the U.S. Open, SportsGrid today writes of the end of James Blake’s career: “Like Andy Roddick before him, James Blake decided to end his singles tennis career at the U.S. Open. It’s a suitable conclusion for Blake, a New York native who once rose to number four overall in the world before slowly, but surely, slipping down the ranks into tennis oblivion. That his career was capped by a heartbreaking first-round meltdown is all the more fitting. Blake went up two sets on Ivo Karlovic, but his Croatian opponent fough back to win the match on a fifth set tiebreak (7-6, 6-3, 4-6, 6-7, 6-7). There was an expectation — nay, a hope — that Blake, who announced that this U.S. Open would be his last tournament, would make a run of some kind and go out with a bang. Nope.” See his final point here. 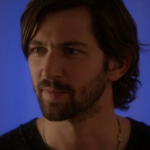 From The Mary Sue: Always keeping you up-to-date on casting news, The Mary Sue has news about Game of Thrones today: “This new addition to the Game of Thrones cast is Michiel Huisman, whose credits include Nashville, Treme, World War Z, and Black Book (with Carice van Houten, aka everyone’s favorite Red Priestess). We know nothing about his Game of Thrones character, only that he’ll play a recurring role.So let’s start the speculation. Mark Gatiss and Joseph Gatt have also previously been cast as mystery roles. It’s a fair bet that Gatt will play Styr, Magnar of Thenn, since we know he’s definitely showing up in season four and Gatt looks, well, Styr-y. My guess for Gatiss is Merrett Frey; if you haven’t read the books, do not Google him, as pretty much everything about his character constitutes a major spoiler. Mace Tyrell and Oberyn Martell have already been cast. So who’s left?” Find out who here. 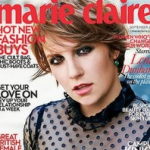 From The Jane Dough: Will Lena Dunham’s boobs outlast us all? The Jane Dough writes, “One thing we absolutely love about Lena Dunham is her complete dismissal of all the haters: while the entire Internet boils over with body snark and rage every time Dunham removes an article of clothing on Girls, the writer/actress/director/troll foil continues to get naked, cast smokin’ hot babes like Michael Vartan and Danny Glover as her love interests, and collect her millions. Sometimes we think that Dunham’s boobs will outlive us all, that the only creatures who will survive to populate a post-apocalyptic Earth will be Cher, cockroaches, and Lena Dunham’s rack. (Wait, how hasn’t anyone turned that into a graphic novel yet?!) Somehow we find that thought comforting.” Read what she had to say about her frequent nudity to Marie Claire here. 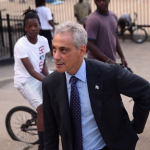 From The Braiser: Chicago’s food desert problem is still very real. Reports The Braiser, “We like Chicago Mayor Rahm Emanuel for his ability to a) swear creatively and b) make people poop their pants out of fear. But generally — generally! — we aren’t fans of people who claim that they’ve accomplished Impossible Things That Make The World A Better Place, when objective reality says that they haven’t. Case in point: the Chicago Tribune checked the Mayor’s claims that he’d made “great progress” in fighting hunger and improving food choices in Chicago’s poorest communities, and found that he kind of sort of made that progress up. (Please don’t stab us with a steak knife, Rahmbo.) Upon taking office in 2012, Emanuel made a grand promise to reduce the number and severity of Chicago’s food deserts — areas where residents lack access to healthy, affordable food — and recently claimed that they were on the way to Saving Chicago. But these handy bulletpoints by theTribune, backed up by an incredibly long article dismantling the Mayor’s claims, paint a different, not-so-rosy picture.” See them here.