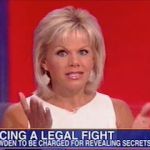 From Mediaite:  Hero or Traitor?  The American public has been asking that question since Snowden released surprising, private government information.  Mediaite writes, “On Tuesday’s Fox & Friends, the hosts didn’t entirely agree on the matter of the NSA surveillance, as they sought to discuss the leaker, Edward Snowden, who appears to be on the run. As they debated the issue of surveillance, Gretchen Carlson found herself defending the NSA actions — arguing that the government does need to have some secrets.  At the top of the segment, Steve Doocy — who wasn’t on the same page as his co-hosts — recalled that Director of National Intelligence James Clapper previously denied this type of snooping while he was speaking under oath.  He ‘flat-out lied.'”  Read on here. 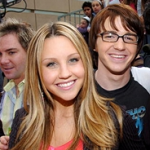 From Gossip Cop:  Amanda Bynes’ co-star from “The Amanda Show” insists that Bynes is still normal and that the media has blown her out of proportion.  Gossip Cop reports, “Drake Bell opened up in depth about Amanda Bynes during an appearance at Harrah’s Resort in Atlantic City on Saturday.  The actor, who co-starred with Bynes on ‘The Amanda Show’ from 1999-2001, said he maintains a close relationship with the star and that she’s perfectly ‘healthy,’ despite her recent erratic behavior.  Bell told OK! at the event, ‘Amanda and I are close… I talk to her every day. She’s a sweetheart. I had lunch with her yesterday, and she’s brilliant. She’s good, and she’s healthy.'”  Read on here. 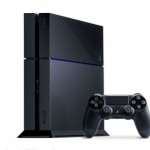 From Geekosystem:  Sony is really trying to crush Microsoft as competition.  Geekosystem explains, “Yesterday at E3, Sony made their time on the big stage count, revealing (for realsies!) the PS4 with a bevy of attractive details, from simple sharing and reselling of your games to a price point of $399 — $100 lower than Microsoft’s new console.  The PS4 will debut at $399 and be on store shelves in time for the holiday season, which means we can look forward to bringing back the tradition of camping out in long lines to be the first one with a new console later this year. And that’s wonderful, because really, it’s been too long since we watched someone miss three days of work and risk hypothermia for the opportunity to play Killzone before anyone else.”  Read on here. 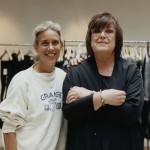 From Styleite:  Isabel Marant is collaborating with H&M.  Reports Styleite, “Summer has yet to begin and we’re already longing for fall with the news that Isabel Marant will be the next designer to collaborate with H&M. We may be New Yorkers at heart, but nothing gets our blood pumping like that Marant je ne sais quoi. The designs will hit stores November 14th and will feature women’s clothing and accessories as well as her first-ever men’s collection. Now that’s a victory for the boys.What many may not realize, is that this isn’t Marant’s first foray into a cheaper market. Back in 1999, the designer launched a lower-priced diffusion line called Étoile, which is French for “star”. Considering that H&M hasn’t released any images of the collaboration designs yet, we’ll be whetting our appetite by window shopping the more wallet-friendly Étoile wares.”  Read on here. 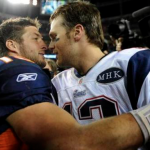 From SportsGrid:  Fans might not see Tebow on the field, but they’ll all be sporting his jersey.  SportsGrid‘s Zach Berger writes: “It hasn’t been 24 hours since the news broke that Tim Tebow will sign with the New England Patriots, and the team is already trying to capitalize on the holiest player in the National Football League with jersey pre-orders.  Despite widespread reports that he is going to have to compete for a roster spot and has no assurance that he will be on the team come opening day as evidenced by his contract which includes no guaranteed money, the Patriots realize that Tebow is a cash cow and they are apparently going to take advantage of that while they can!”  Read on here.

From The Mary S 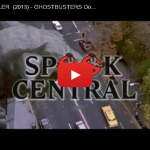 ue:  Ghostbusters is getting its own feature film?  The Mary Sue explains, “Heard of the movie Room 237? It’s a feature length film where fans and scholars of the film The Shining expound at length about the hidden meanings and subtle interpretations of the film. The fact that there are enough of these theories to fill a feature is not particularly surprising: The Shining is one of the most famous horror films put to screen by a director whose life’s work is critically acclaimed, its production was riddled with strange stories, and the movie itself has quite a few strange and random details. Or perhaps they are just seemingly random. Anyway, according to a friend of mine who actually saw it, the ‘hidden meanings’ in Room 237 run the gamut from ‘Wow, that’s super interesting’ to ‘You, sir, are BONKERS.'”  Watch the trailer here. 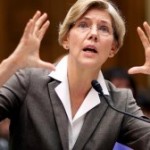 From The Jane Dough:  Sen. Warren is challenging the GOP and trying to help out with student debt.  The Jane Dough‘s Grace Rasmus writes: “We had chosen to attend a private university with a big price tag and, since there is a lot of doubt that the opportunity cost of college is even worth it in this economy, our student debt would probably haunt us for a long time. We then did a depressing exercise to calculate whether, given our major, we would have been better off skipping college and becoming a plumber instead. (I’m a journalism major, so… yikes.) Of course this information would have been way more valuable had we learned it in high school rather than when we were already about $150,000 dollars into our pursuit of higher education but c’est la vie… Student loan interest rates are set to double from 3.4 percent to 6.8 percent on July 1 unless Congress takes action.”  Read on here. 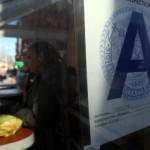 From The Braiser: Good news for your food: most health code violations in NYC aren’t food related.  The Braiser reports, “‘Many of them are non-food related — dimly lit light bulbs, not having the proper documentation to show that a product has no trans fats in it,’ Andrew Rigie, executive director of the New York City Hospitality Alliance, told the Post. The most egregious violation: scratched cutting boards. ‘You’ll see a violation because a cutting board has a few scratches in it versus a deep gouge where bacteria would grow. If you use a cutting board, it’s going to get scratches in it!’  He and other industry advocates claim that it’s an easy moneymaker for the NYC Health Department, who responded by pointing out that their strict standards have ensured cleaner kitchens throughout the city, with closures down 12% and fines down 20%. Then again, this is from the health department that insisted that small sodas were going to solve obesity, so, uh, make of that what you will.”  Read on here.