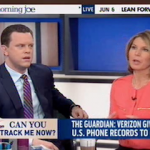 Version customers beware: the NSA is collecting the phone records of Version customers on an “ongoing, daily basis.”  Mediaite reports, “Morning Joe tackled the topic on Thursday, with Joe Scarborough noting it would be hard to find a worse narrative for the president — while former GOP strategist Nicolle Wallace ripped the idea that President Obama ran as the ‘anti-Bush.’  Scarborough added the Verizon issue to the checklist of numerous controversies facing the White House currently. It’s ‘unbelievable’ and simply feeds into Republican and tea party narratives, he argued. ‘It is hard taken in totality to…actually put together a worse narrative for a progressive president and a progressive White House, on the eve of the president’s health plan being fully implemented. It’s hard to come up with a worse scenario for them publicly.”  Read on here. 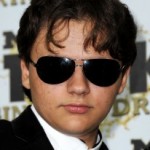 From Gossip Cop:  Family stands by family.  16-year-old Prince Jackson cancelled his television appearance in the wake of his sister’s, Paris Jackson, suicide attempt.  Reports Gossip Cop, “The 16-year-old was booked on the German television series, ‘Wetten, dass…?’ (‘Wanna Bet?’), but bowed out of the commitment after Paris’ hospitalization.  A rep for the TV show tells People, ‘Under these circumstances, we perfectly understand that Prince Michael prefers to stay close to his family. We wish Paris the strength and the power to recover soon.’  As Gossip Cop previously reported, Paris is said to have left a suicide note and cut her arm with a meat cleaver before calling a suicide hotline.”  Read on here. 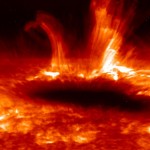 From Geekosystem:  A little closer to the sun.  NASA announced that they would be launching a new satellite to study the interface region of the sun.  Geekosystem‘s Jonah Feldman reports, “While the region has been difficult to study in the past, NASA hopes to gain new insights into it by tracing the path of energy and plasma from the chromosphere and solar transition regions to the corona. New information could make it possible to predict and prepare for hazardous solar phenomena like solar flares and coronal mass ejections, which can cause damage to satellites and disrupt power grids and GPS service.”  Read on here. 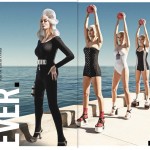 From Styleite:  It is possible to be in the best shape of your life… at eighty.  Posing in this month’s Vogue Italia, Carmen Dell’Orefice proves that “flawless” has no age limit.  Styleite explains, “In the spread, which bears the appropriate, if not quite grammatically-correct title “Be In Shape Ever”, the elegant New Yorker dons ‘workout gear’ by the likes of Chanel and Alexander Wang and mugs for the lens of photographer Greg Lotus. Last year Dell’Orefice told us she thinks of her job as being like that of a ‘silent actress’, and from what we see here, it looks like she’d play the role of personal trainer with aplomb.  Because, really: would you want to look like a wimp in front of someone who looks like she does at three times your age?”  Read on here. 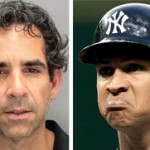 From SportsGrid:  The MLB scandal is “turning into an episode of the Sopranos”.  SportsGrid‘s Rich Chandler reports, “Major League Baseball’s star witness, South Florida anti-aging clinic owner Anthony Bosch, isn’t exactly the perfect witness. According to the New York Daily News, it seems that he approached Alex Rodriguez, the biggest name among the alleged dopers, and requested what amounted to hush money. When A-Rod wouldn’t pay, Bosch turned to MLB and offered to cooperate, in exchange for concessions.  Due to mounting legal debts when MLB filed a lawsuit alleging Bosch had sold performance-enhancing drugs to players, Bosch turned to Rodriguez.”  Read on here. 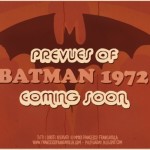 From The Mary Sue:  Batman from the past.  Drawings of the comic look amazing today, but what do you find when you take a trip down memory lane?  Reports The Mary Sue, “Artist Francesco Francavilla does a spectacular job when he’s drawing Batman in our current time but what happens when he decides to take a trip back to the Disco-riffic 70s?  ‘I have been tinkering recently with a ElseWorlds story/take on Batman set in that 70s styling. So, from the pages of PULP SUNDAY, I give you BATMAN 1972!’ he wrote.  ‘Yes, you are witnessing the first case of BATPLOITATION.’   Take a look and see if you this his Comissioner Gordon, Catwoman, and The Riddler, are out-of-sight.”  See his artwork here.

From The Jane Dough:  Saving not enough, or saving too little?  In a The Jane Dough interview with Karen Mazzola, as told to Alden Wicker, “Everyone is talking about the crisis among twentysomethings.  We don’t save enough.  We’re behind on retirement. Our loans are untenable.  We have high credit card debt.  Not me.  I’m a 27-year-old legal consultant in New York City.  I don’t make six figures, but I make a comfortable income. And I like saving.  A lot.  Maybe a little too much.  I max out my 401(k), have a robust savings account and no credit card debt, and I paid off $34,000 in student loans in less than a year. Even my parents think I’m an over-saver, and they save a lot.”  Read on here. 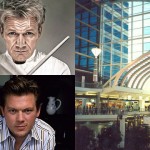 From The Braiser:  There’s no good food in Alabama malls.  Gordon Ramsay’s food court show, featuring Tyler Florence, will not be filming in Alabama.  The Braiser explains, “Apparently, Alabama has failed as a state of potentially lucrative restaurateurs. The official press release for the series, which premieres July 7th on Food Network, claims that Florence “scoured the United States” for the best concepts. It also states that each installment of the six-episode season will take place in a different city across the country — with one team from each city winning the prize of a one-year lease in the mall featured in that episode, rent-free. Also, none of those states are Alabama. There’s Mississippi, South Carolina (two episodes tape here, in two different cities), Michigan, Wisconsin, and Minnesota. But no Alabama.”  Read on here.