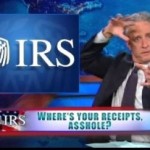 From Mediaite:  Jon Stewart, again, takes a shot at the IRS for targeting tea party groups.  Mediaite reports: “Stewart expressed mock sympathy for the IRS and indulged in a little schadenfraude, asking ‘Where’s your receipts, assholes?’ Stewart wryly remarked, ‘Sucks to get audited, doesn’t it?’ and proceeded to mock-audit the IRS for its own ridiculous expenses.  Stewart brought up how former IRS commissioner Douglas Shulman was at the White House over 150 times, remarking that meeting with the president to scheme against his political opponents ‘should really only take about one meeting, two tops!’ However, Stewart did liken President Obama to a mobster who only summoned Shulman to ask, ‘Did you take care of that thing?'”  Read on here. 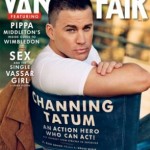 From Gossip Cop:  To medicate, or to not?  Channing Tatum opens up about his learning disabilities as a child and Gossip Cop writes, “Because of his negative experience with drugs used to treat learning disabilities, Tatum says that he’ll never medicate his own child for similar issues.  He explains, ‘I truly believe some people need medication. I did not. I did better at school when I was on it, but it made me a zombie. You become obsessive. Dexedrine, Adderall. It’s like any other drug. It’s like coke, or crystal meth. The more you do, the less it works.  For a time, it would work well. Then it worked less and my pain was more. I would go through wild bouts of depression, horrible comedowns. I understand why kids kill themselves. I absolutely do. You feel terrible. You feel soul-less. I’d never do it to my child,’ continues Tatum.”  Read more here. 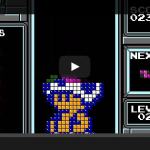 From Geekosystem: There’s algorithms for everything, but everything now includes making video game characters in Tetris.  Geekosystem reports, “From programmer Michael Birken comes a new way of drawing video game characters that is probably more complicated than it needs to be, but all the more incredible for it. Birken has designed an algorithm that can place single blocks of color in Tetris by strategically building and destroying lines at lightning speed. Precisely place enough blocks, and you’ve got a made to order line. Stack enough lines and the result is a pixellated picture of…well, anything you want, in principle, though Birken started off training the program to build images of classic 8-bit characters like Mario, Link, and Samus. As you might expect, the process that makes it happen is bafflingly complex, but the results — as seen in this video —  are stunning.”  Read on here. 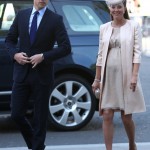 From Styleite:  Kate Middleton has been a maternity style icon since her pregnancy was announced to the public.  Styleite reports, “Today, the Duchess attended a service celebrating the 60th anniversary of Queen Elizabeth II’s coronation, and she glowed in a shift dress and matching coat that accommodated her now very visible bump.  Middleton opted for the palest of pink outfits from Jenny Packham, a perennial favorite of hers, and topped off the warm weather look with a fascinator that looks verrrry familiar. Fittingly, the last time she wore it was to the Diamond Jubilee celebrations last year, also to fête our favorite monarch. Wonder if the topper was a gift from Liz?”  Read on here. 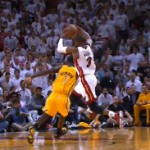 From SportsGrid: The game between the Heat and the Pacers was settled last night when Wayde reminisced his 2006 self.  SportsGrid‘s Eric Goldschein reports on the latest: “Last night, Dwayne Wade looked like the 2006 version of himself when he pulled off this nifty move on the break. It was all downhill from there for Indiana.  History dictated that LeBron James would have a spectacular Game 7 last night — and he did, posting 32 points and eight boards. But as we discussed yesterday, he was going to need help if the Heat were to survive. So Wade decided to bust out his vintage form, which was on display early and often in the first half. He ended the night with 21 points, two of which came on the break”.  Read the full story on here. 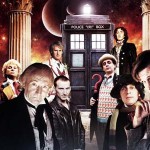 From The Mary Sue:  Who is the next Doctor Who?  The Mary Sue‘s Isabella Kapur reports, “It’s been less than a week since Matt Smith officially announced his departure from Doctor Who and the speculation is already in full force.  But while websites place odds on various actors and actresses, from Zawe Ashton to Russell Tovey, the identity of the actor truly chosen appears to have made it’s way to Wil Wheaton.  On top of that, we may find out who it is ourselves earlier than expected. Of course, we still have some time to go before we discover who the new Doctor is, and we have a 50th Anniversary Special and Christmas Special to look forward to with Matt Smith as the 11th Doctor.  Still, it’s hard not to speculate about the next Doctor, and if this information lines up, we could be looking forward to the first black Doctor, an interesting and new prospect given the show’s 50 year history and the recent discussion of representation in Doctor Who, by our own readers as well as by the BBC itself.”  Read on here. 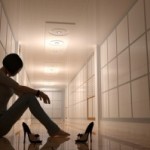 From The Jane Dough:  As college graduations have rounded to a close for this semester, what is in the future for Journalism majors?  The Jane Dough‘s Sarah Devlin interviews Jenny, a reporter working in Montana.  Jenny recalls, “I graduated with a Journalism and English major and I always wanted to write, and I was determined to get a job writing for a newspaper. That did not happen. And now I work primarily editing our website. And with the way journalism became in general, towards digital media, it’s a lot harder for recent grads to find writing jobs.  [My college’s journalism program] particularly did an awful job of preparing me for the reality of journalism now, because we didn’t have any classes on digital media or video or social media or anything. So when I first started, I was sort of learning everything on the job.”  Read the interview here. 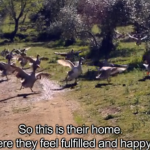 From The Braiser:  The happiest foie gras is made from the happiest ducks.  The Braiser explains, “Chef/filmmaker Daniel Klein captures some of the happiest ducks you’ll ever see producing foie gras in their adorable bellies. At Pateria de Sousa, a 200-year-old duck farm in Spain, the owners raise their ducks according to migratory patterns with the belief that the duck’s desire to “be somewhere else” ends up producing the best foie gras. While we’re not quite sure about the endocrinology behind that idea, we do firmly believe that ducks who wander around that gorgeous pastoral farmland will very likely produce high-end foie.”  Watch the video here.