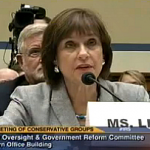 From Mediaite: The IRS scandal continues to unfold. Mediaite reports on the latest: “On Wednesday morning, the Director of the IRS Exempt Organizations division pleaded the Fifth Amendment during testimony before the House Oversight and Government Reform Committee, effectively refusing to answer any questions of the committee, despite protests from some members of Congress. Lerner gave a prepared testimony before the committee, explaining that she is ‘proud’ of the work she has done with the IRS, before asserting: ‘I have not done anything wrong. I have not broken any laws. I have not violated any IRS rules or regulations and have not provided false information to this or any other congressional committee.'” Read more about what’s happening here. 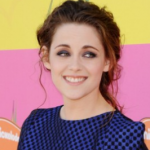 From Gossip Cop: The Kristen Stewart and Robert Pattinson rumors never seem to end. Gossip Cop clarifies on the most recent: “‘Kristen Stewart and Robert Pattinson called time on their rocky three-year romance,’ writes Star, which claims the actress is now ‘seeking comfort in the arms of a woman!’ Um… what?! The tabloid, which earlier this month falsely alleged Pattinson has a raging alcohol problem, says Stewart was spotted on May 14 ‘getting extra cozy with a mystery brunette!’ ‘Kristen seemed down,’ claims a so-called ‘eyewitness’ for Star. ‘The woman kept rubbing Kristen’s back and putting her arms around her.’ … Meanwhile, Gossip Cop wonders when the desperate outlet will stop printing whatever it wants about Stewart. Rumors about Stewart being gay were not true when Perez Hilton spread them back in 2010, and they’re not true now.” Read the full story here. 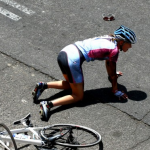 From Geekosystem: Today in dumb crimes, a driver who hits a cyclist tweets about it, and then discovers police know about the internet. Geekosystem reports, “Emma Way, billed as a human being but likely some sort of malevolent hate monster with a blonde wig, had a Twitter account once. Presumably, in her efforts to pass as a human, she tweeted about things she ate and what her friends were up to and many trivial things. A couple of days ago, though, Way tweeted about knocking a bicyclist down with her car and then driving off, because hilarious, right? Sorry, that joke really only lands if you’re a sadistic nightmare demon. Police in the English city of Norwich, though, didn’t share Way’s dark sense of humor, though, and the young woman is now facing legal trouble, which is what happens when you hit someone with a car.” Read on here. 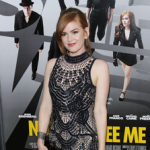 From Styleite: Did Isla Fisher and Zosia Mamet get the same invite for last night’s movie premiere? Styleite explains, “Since she portrayed The Great Gatsby’s resident harlot Myrtle Wilson, Isla Fisher didn’t exactly get to sport the finest offerings of the ’20s in the film (à la Daisy Buchanan). But at the premiere for her new film Now You See Me, Fisher channeled the iconic character — and the roaring Jazz Age which inspired her — in a beaded column gown that looked as if it had been plucked straight from the archives. Offsetting Fisher’s ornamental look was Zosia Mamet, who took a more casual approach to the red carpet in a black-and-white top and pants ensemble, complete with a quirky heart detail, that we kinda want to wear to the office.” See both looks and decide whose was better here. 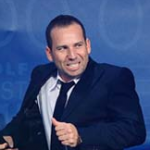 From SportsGrid: Tiger Woods can’t seem to keep his name away from controversy. SportsGrid’s Rick Chandler reports on the latest, “In common parlance, this is called ‘pulling a Zoeller’, or if you prefer, ‘Committing a Fuzzy.’ We’re not sure what the penalty is, but we have a hunch that Sergio Garcia is about to find out. While speaking on stage at the European Tour Dinner at the Sofitel Hotel, Heathrow Airport in London on Tuesday night, Garcia was sharing jovial banter about his feud with Tiger Woods. Asked if he would be inviting Woods to dinner anytime soon, Garcia said, according to The Guardian: ‘We’ll have him round every night. We will serve fried chicken.’ …So now the feud between Garcia and Woods has been upgraded from Code Fuchsia to Code Orange, which means I may actually begin paying attention.” See their complete history here. 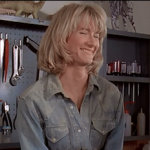 From The Mary Sue: What’s going on with Jurassic Park 4? The Mary Sue’s Susana Polo writes, “I have a pet theory. Well, it’s really more of a faith-based conjecture ungrounded in any evidence that I refuse to abandon. And it is that Sam Neill was brought back to the franchise for Jurassic Park III in the same way that his character was convinced to go back to Jurassic Park. They told him it was for something else and then flew him out there and didn’t let him leave until he’d made the movie/rescued that kid. Glad to see they won’t be putting the actor through that for Jurassic Park IV. Jurassic Park IV has been put on hold for undisclosed reasons… but despite that, the flames of nostalgia run high, even within this very blog. It’s to be expected that Sam Neill, as the star of two thirds of the franchise, would still be asked about the new movie.” Read on here. 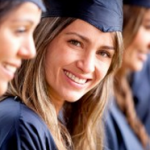 From The Jane Dough: As graduation season is in full bloom, The Jane Dough writers reflect on their own experiences as recent college grads. Writes Colette McIntyre, “Well, besides the whole dream of being Lena Dunham but a better Lena Dunham, I have no idea what my expectations were for work/life post-graduation…I encased myself in a bubble of wine and feelings during the last few months of school. My bubble was semipermeable: the only things that got in were memories and congratulatory claps on the shoulder; the only things that escaped were swan songs and unwanted smooches.” Meanwhile, Sarah Devlin says, “I knew I was heading to grad school, so graduation definitely had the feel of ‘Okay, now this is done, on to the next thing.’ Which actually abated a lot of the anxiety I know people feel upon graduating from college.” Read more of what they had to say here. 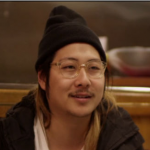 From The Braiser: The food world continues to help the victims of the recent tornadoes. Writes The Braiser, “Danny Bowien announced last night that, to help his home state of Oklahoma recover after Monday’s devastating tornadoes, he and a group of local chefs are joining forces, pop-up style. According to NewsOK, the Mission Chinese creator will join locals Jonathon Stranger, Kurt Fleischfresser, Chris Becker, and Marc Dunham for a two-night event called OK Chefs Relief starting next Sunday. While dozens of chefs around the nation have organized their own events (and, last we checked, Robicelli’s recently-expanded Team Rubicon page raised over $6,000 since yesterday), Bowien, this year’s recipient of the James Beard Rising Star Award, is one of the few nationally-renowned chefs on the ground. And yes, in case you didn’t know, the creator of ‘weird Chinese food’ really did grow up in Oklahoma City.” Read the story here.