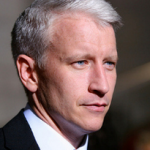 From Mediaite: Anderson Cooper is the latest target in a new celebrity hoax. Writes Mediaite, “According to the New York Post, CNN’s Anderson Cooper is the latest television personality to fall victim to a “celebrity swatting” hoax. The newly-popular prank targeting celebrities involves someone placing a fake 911, sending police to the victim’s home with no real reason. This happened to Cooper last month when pranksters placed a fake call claiming a man had shot his wife inside the home. That residence turned out to be the Long Island home of the CNN host. Cooper was not home at the time of the prank, but upon arriving at his Quiogue home, the police reportedly realized this was a goof.” Read more here. 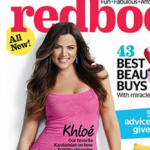 From Gossip Cop: Only one of the Kardashians isn’t on her way to being a mother, and the media won’t let her forget it. Reports Gossip Cop, “Khloe Kardashian opens up in the June issue of Redbook about her fertility issues, marriage, and famous family.The magazine’s cover gal shares, ‘I do think my difficulty getting pregnant has helped a lot of women. Do I wish people would quit asking me about it 24/7? Yes, but I don’t regret it.’ ‘People assume I’m desperate for a baby. And yes, I would love to have a baby. But I’m 28, and I’ve been married three and a half years. I love my life, but it doesn’t feel incomplete right now,’ she adds. Kardashian explains that her fertility problems are a result of her ‘hormones being off.'” Read the full story about her struggles here. 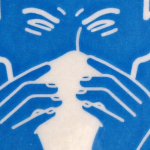 From Geekosystem: Today, in terrifying news, Geekosystem’s Glen Tickle writes about what happens when your runny nose isn’t what you think: “This is one of the most frightening things I’ve ever heard. A man in Arizona who thought he simply had a chronic runny nose has actually been leaking brain fluid, and it went on for more than 18 months. The man is on the road to recovery, but what’s truly awful about this story is that one doctor said this condition can commonly be missed for a long time. A few times a week, Joe Nagy would experience a running nose that he described as being, ‘like tears out of your eyes.’ As time went on, the problem became more persistent. He tried allergy medicine, but it didn’t help his runny nose.” Find out what happened here. 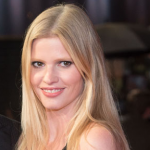 From Styleite: There’s a new baby in the fashion world! Reports Styleite, “Just in time for Mother’s Day, Lara Stone has a brand new baby boy to celebrate with. The model and her husband, comedian David Walliams, welcomed their first child this Sunday, and while no official announcement had yet been made, friends like photographer Mert Alas and LOVE magazine have offered their congratulations on Twitter. We’ll have to wait for Stone or Walliams to fill us in on the name, but if the way they announced the pregnancy in November is any indication, we should keep our eyes glued to our Twitter feeds.” Read more here. 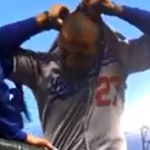 From SportsGrid: Matt Kemp is a player of the people. Writes SportsGrid: “Matt Kemp is a millionaire baseball player, but don’t you ever say he’s not a man of the people. After an unspecified game at AT&T Park, Kemp went over to a fan fighting an unspecified issue and gave him an autograph. And then almost everything else he was wearing. The video’s description doesn’t say what is ailing our intrepid fan – “Matt Kemp is sucha great person. He came over after the game and made one of my best friends night 🙂 he’s fighting a tough battle and this was sucha great gift by Matt Kemp ! I’ll never forget this.” – but we hope this encounter made his struggle a little bit easier.” Read on and watch video of the encounter here. 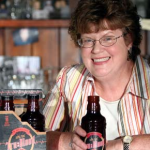 From The Mary Sue: The woman who inspired True Blood is facing some difficult decisions, writes The Mary Sue: “Charlaine Harris, writer of The Southern Vampire Mysteries novel series and the source material for HBO’s True Blood, is ready to end her story. Unfortunately, some fans aren’t and they’re taking their displeasure to a dangerous place.  Harris is debuting her thirteenth novel in the Sookie Sackhouse series, ‘Dead Ever After,”’ very soon. And it’s meant to be her last. Though there are a few fans who wish it would keep going forever. ‘I’m very fortunate that people are so invested in the series,” Harris told the Wall Street Journal. ‘At the same time, it can be a source of some anxiety to get emails that say, ‘If Sookie doesn’t end up with Eric, I’m going to kill myself.’'” Read more about it here. 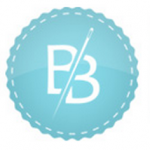 From The Jane Dough: Today, The Jane Dough is introducing you to your new favorite website if you’re a young lady: “When I graduated from college, I certainly thought of myself as a grown-up (in fact, I had decided I fit into that category about two seconds after graduating from high school). What I didn’t realize then is that there is a LOT of growing up that takes place in the first few years after leaving college. That’s where Bridget Lappert and her site BrokeButBougie.com come in. We got to chat with the 21-year-old entrepreneur about how she got her start, the challenges of owning a business, and whether it’s tough to get respect from the business world as a very young woman.” Read about her website, as well as what Lappert had to say here. 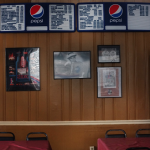 From The Braiser: The James Beard Awards may have been last night, but this morning brought an “immediate buzz kill” to the restaurant world: writes The Braiser, “Thomson Reuters reports that the entire restaurant industry only saw an earnings growth of one percent in 2013′s first quarter. The LA Times reports that, compared to a robust first quarter last year when the industry grew 6.3%, the beginning of 2013 saw restaurant profits and traffic slammed with a litany of problems. Cold weather, the return of the payroll tax, and the rising cost of food contributed to a “deep freeze” in overall growth — a surprising reversal, considering that last year the restaurant industry’s rapid growth was one of the bright spots of an otherwise slow U.S. economy.” Read the full story here.