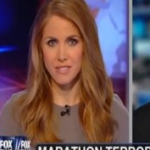 From Mediaite: In the days following the Boston bomber’s arrest, questions have been raised as to the constitutionality of his Miranda rights not being read to him. Today, a former FBI agent takes on the question on FOX, writes Mediaite: “Former FBI special agent and adjunct professor at Georgetown University, Christopher Voss, joined Fox News Channel anchor Jenna Lee on Monday to discuss whether or not Dzhokhar Tsarnaev, the Boston bombing suspect, should be read his Miranda rights prior to interrogation. Voss repeatedly said that the debate over whether or not to extend Tsarnaev his Miranda rights was irrelevant to the interrogation because interviewers more often seek to establish a friendly relationship with the subject of an interrogation.” Read on here. 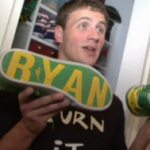 From Gossip Cop: Ryan Lochte’s new reality show premiered last night, and was met with less-than-stellar reviews. Gossip Cop reports: “Ryan Lochte’s new E! reality show ‘What Would Ryan Lochte Do?’ premiered on Sunday night to some pretty scathing reviews. The Hollywood Reporter wrote that the Olympic swimmer acted ‘like the worst stereotype of a frat boy’ in the episode, while Entertainment Weekly said the series is literally about ‘nothing.’ In the premiere, Lochte revealed he always takes women to the same sushi restaurant on the first date (where he sits at the same table every time), confessed to not knowing what ‘d**chebag’ means, and so much more. However, despite all the criticisms of the athlete’s cluelessness, THR does note that Lochte seems less like a jerk and more like a ‘big, occasionally irritating, Labrador puppy,’ and even calls the series ‘endearing.'” Watch clips to decide for yourself here. 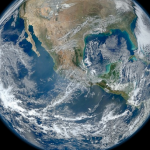 From Geekosystem: Happy Earth Day! Geekosystem explains how one social media platform is treating the holiday: “The original intent behind Earth Day was to celebrate the planet we live on and remind us to be be good stewards of it. Unfortunately, since we’ve continued to more throughly destroy that planet every year since the first Earth Day in 1970, we now need a new thing to celebrate on Earth Day. May we suggest Weird Planetary Jingoism? It turns out, Twitter was way ahead of us on this idea, so here are some of the morning’s best tweets ragging on other planets. Oddly enough? Mars gets off pretty light, probably because we’re all assuming we’ll have to go live there one day and don’t want to have to answer any awkward questions when we do.” See some of those tweets here. 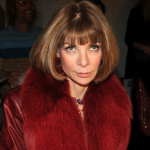 From Styleite: How do you define “punk”? Styleite investigates, writing: “Vivienne Westwood may be pretty much it when it comes to punk’s early influence on fashion, but when the Metropolitan Museum of Art opens its doors for the Costume Institute Gala on May 6, the designer won’t hold quite the place of honor that some may have hoped. According to the Daily Mail, a 40-foot styrofoam sculpture of the naked, 72-year-old Dame was supposed to be the pièce de résistance at the ‘Punk: Chaos to Couture’ fête, until Anna Wintour vetoed the idea on the basis that it would be ‘a needless distraction.’ According to their source, ‘Anna made a snap decision and that was that. She always gets what she wants.'” Read the full story here. 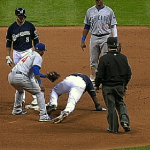 From SportsGrid: Sometimes, baseball is bizarre. Take this example of the Brewer’s Friday night baserunning. Writes SportsGrid, “Jean Segura of the Milwaukee Brewers was on first base in a game against the Chicago Cubs, on Friday night… Here’s what happened: Segura stole second base, normally. Then, he tried to steal third, but left early and the pitcher got him in a rundown. An old-fashioned pickle! Segura got back, successfully, to second base, where he was met by teammate Ryan Braun, who advanced to second whilst the rundown was occurring. The Cubs player tagged Segura while he was on second base. He also tagged Braun while he was on second base. According to the rules, Segura was safe and Braun was out. But Segura and the Cubs were confused. Segura thought he was out and ran back towards the dugout. First base was conveniently on the way. He soon was made aware that the umpire called Braun out, and not Segura, so Segura returned to first base, where he was called safe, though a base further away from scoring a run.” Read on and watch here. 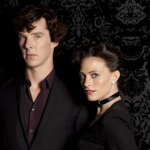 From The Mary Sue: What’s in Irene Adler’s future? The Mary Sue investigates: “The classic character Irene Adler has recently been cast for CBS’s Elementary but will we see her return to BBC’s Sherlock? Hear what Lara Pulver has to say on the matter.  Pulver premiered as Adler in Season 2 of Sherlock but from all we’ve heard so far about Season 3, it doesn’t look like she’ll be returning (though I wouldn’t put it past them to sneak some texts in). What about Season 4 or 5? ‘She’s definitely not dead, which is always a good start,’ Pulver told Spinoff Online. ‘However, I have no doubt at some point Irene Adler will be back in that BBC show. It was such a wonderful piece of writing on Steven Moffat’s part, and it’s become a very kind of iconic relationship between Holmes and Adler. There’s definitely more to be explored, but it might not be in the immediate future.'” Read the story here. 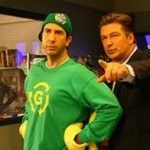 From The Jane Dough: As previously mentioned, today is Earth Day! And thus, The Jane Dough brings you “7 Ways to Annoy Your Co-Workers on Earth Day.” Writes the site, “We don’t have anything against Earth Day — in fact, we think it’s pretty great. But it’s also a reminder that while spring is bringing ever more beautiful weather our way, we’re still no closer to being able to have class outside (…so to speak; we are adults). Also, this year it falls on a Monday. O, cruel world! To help us cope, here are a few ways to annoy your coworkers in honor of Earth Day. If we work together, we can make everyone as miserable as we are!” Among them? “[A]t lunch, if someone lingers in front of the open fridge for too long in the office kitchen, wander by as quietly as possible until you’re right behind them. Then say, loudly, ‘It’s like you WANT the ozone layer to disappear,’ and scurry away.” Read more here. 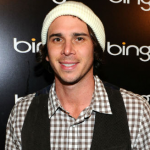 From The Braiser: There’s more food TV coming your way, reports The Braiser: “We only have one episode left of Playing With Fire’s inaugural 6-episode run on E!, but the network isn’t ready to give up gastro-pegged docu-series just yet. They’ve just announced a new line of programming, which includes the soaptastically titled new show Young Sonoma. The series will follow the vintner ‘celebs’ of Sonoma Valley including Mike and Kate Benziger, Danny and Collette Fay, B.R. Cohn Winery’s Vallerie and Tasha Cohn, and former Bachelor/lost Jonas Brother Ben Flajnik of Envolve Winery. According to E!, ‘The series goes inside the day-to-day drama that comes from living in a small town, working with friends and family, as well as being local and national celebrities.'” Read all about it here.