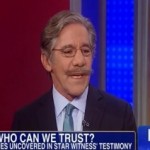 From Mediaite:  This morning on Fox &  Friends, Geraldo Rivera predicts that Zimmerman will be acquitted because of an mostly white jury.  Reports Mediaite, “On Friday morning’s Fox & Friends, Geraldo Rivera flatly declared that George Zimmerman will be acquitted of guilt for his role in the 2012 death of Trayvon Martin. Rivera said that this was due to the racial element in the case and the fact that the majority of jurors are white women who cannot relate to the prosecution’s witnesses like Martin’s friend, Rachel Jeantel.  ‘I think what’s happening in the Zimmerman case is – it’s almost like a racial Rorschach test,’ Rivera began.  ”This is the opposite of the O.J. Simpson case,’ Rivera continued.”  Read on here. 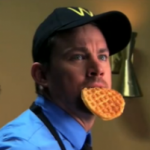 From Gossip Cop:  What is going on with all of these early sequels?  First, World War Z announces a sequel before opening weekend had evened finished.  Now, White House Down has a sequel and it hasn’t even had it’s opening weekend.  Well, on Jimmy Kimmel Live.  Reports Gossip Cop, “Channing Tatum’s new movie White House Down hasn’t even hit theaters yet — but there’s already a ‘sequel’ in the works.  On Thursday’s ‘Jimmy Kimmel Live,’ the actor appeared in a ridiculous spoof of the film titled Waffle House Down.  In the clip, Tatum valiantly defends the breakfast eatery when it’s besieged by gun-toting IHOP employees.  It’s pretty great.”  Read on here. 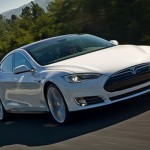 From Geekosystem:  Tesla Motors are now allowed to sell cars directly to North Carolinian consumers.  Geekosystem reports, “This week marked a big win for electric car manufacturer Tesla Motors as the company won the right to sell cars directly to consumers in North Carolina. While that may seem like a no-brainer — after all, what would you expect a car company to do other than “sell cars” — the company’s fate in the Tar Heel State was up in the air since a bill passed the State Senate last month that would have made it illegal for companies to sell automobiles directly to consumers in the state, a practice only Tesla currently engages in. Earlier this week, though, the North Carolina House of Representatives killed the bill, which had become increasingly unpopular. Probably because of how stupid and unfair it was on its face.”  Read on here. 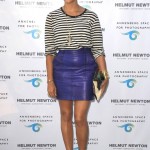 From Styleite:  Rashida Jones shows her fierceness in style.  Styleite‘s Hannah Ongley writes, “We don’t so much have a girl crush on Rashida Jones as we do a conviction that we are destined to be BBFs together. We will swap clothes with her and accompany her to all the coolest parties, where she will introduce us to Aubrey Plaza and Amy Poehler, and the four of us will laugh and champagne will be poured and we’ll toast to lifelong friendship.  Until then we’ll just gawk at her amazing outfits, like the one she wore to yesterday’s Helmut Newtown opening night exhibit in California. The violet leather skirt and striped top are two things every wardrobe should contain, but she’s taken them next-level with killer accessories in bold prints and geometrical shapes that would probably make Tommy Ton’ mind explode.”  Read on here. 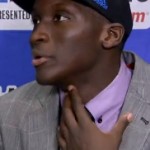 From SportsGrid:  The NBA Draft took place last night and who was the number two pick?  Victor Oladipo.  And yes, he does sing.  SportsGrid reports, “Last night, in lieu of anything notable on the court or field, let’s check in with the Magic’s Victor Oladipo and his beautiful singing voice.  The NBA Draft was last night, and there were few notable plays going on in the baseball world. So you’ll have to excuse us while we indulge in Victor Oladipo, the Hoosier guard who had the balls to wear Google Glass in Brooklyn (the first and only time someone will wear Google Glass on Flatbush and not get robbed). The Magic took him at number two, and reporter Jill Martin coaxed a song out of him to celebrate the selection.”  Read on here. 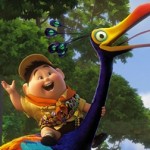 From The Mary Sue:  Pixar has announced that it will cut back on its sequels and think up some amazing new ideas.  Reports The Mary Sue, “Pixar’s been in a bit of a slump as of late. Not a huge one. But of their last three features, two have been sequels that’ve fallen short of the Pixar standard. Don’t get me wrong; I like Monsters University. But it’s just OK. And when you’re known for Wall-E, Up, and the Toy Story trilogy, merely-OK sequels kind of stand out like a sore thumb. And Cars 2? Let’s not go there.  But worry not, animation fans. Pixar has announced that in the coming years they’re going to cut back on sequels in favor of increasing their output of original films to one a year.  Did anyone else just hear a choir of angels?”  Read on here.

From The Jane Dough:  Your morning laugh is brought you today about pasta.  The Jane Dough writes, “Life is just too exhausting sometimes, ya know? After a long day at work, you’ve probably used up about 90 percent of your energy and brainpower for the entire day. You spend three percent of that remaining energy making sure you get on the right subway home and another two percent walking up the stairs in your elevator-less apartment. Once you finally get inside, you slump on the couch and turn on the 100th episode special of the Real Housewives of Orange County that’s been sitting in your DVR since Tuesday, ready to lose yourself in the wonderful world of rich-lady drama.”  Read on here. 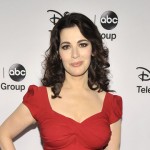 From The Braiser:  Nigella Lawson is leaving her husband and taking the children with her.  The Braiser explains, “In today’s hooray-for-women news, Nigella Lawson and her children were spotted moving out of the home she shared with her husband, advertising executive Charles Saatchi, nearly two weeks after photos surfaced of Saatchi wrapping his hands around Lawson’s throat in public.  The New York Daily News ran photos taken this Wednesday of movers carting boxes labeled ‘Nigella,’ as well as cookware, children’s toys, and paintings away from the couple’s London home. A representative for Lawson confirmed that she and her children moved out of the house on June 16th, though it was unclear at the time whether the move was permanent.”  Read on here.