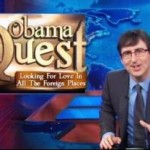 From Mediaite:  John Oliver slammed Obama’s foreign trips, relating them to summer vacations.  Mediaite explains, “John Oliver tonight could only surmise that President Obama is taking not one, but two summer vacations abroad because we’ve made him very sad over our plummeting distrust in him, and he needs to go overseas to find the love he so desperately craves. Unfortunately, he still hasn’t quite found it, between the low attendance to his speech in Berlin and his awkwardly chilly meeting with Vladimir Putin.  Obama spoke today in Germany (described by Oliver as “the happiest place on earth), but his speech this time did not garner the huge audience his 2008 Berlin speech did. Oliver remarked, ‘Losing 95% of your audience in just 5 years, that basically makes Obama the NBC of presidents.'”  Read on here. 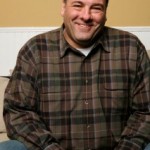 From Gossip Cop:  James Gandolfini of the Sopranos passed away yesterday evening.  His family and friends mourn his passing, as well as his neighbors.  Reports Gossip Cop, “James Gandolfini’s former New York neighbors are mourning the actor’s death.  A note was posted inside the Tribeca building where the ‘Sopranos’ star once lived on Wednesday, notifying residents of the actor’s passing.  The notice reads, ‘Dear Neighbors, it is with great sadness and inconsolable pain that I share with you the devastating news of passing of our great friend, neighbor, a fantastic, generous person, James Gandolfini. May God bless his soul. Our prayers are with him.’ The New York Times reports that Gandolfini visited the Greenwich Street building as recently as last week, just to say hello.”  Read on here. 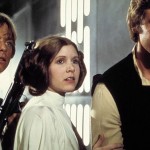 From Geekosystem:  Star Wars: Episode VII has leaked their cast listing.  Geekosystem reports, “The casting breakdown for Star Wars: Episode VII has been leaked, and it has one clear focus: Let’s make these space dudes hot. In a shocking and unprecedented move by J.J. Abrams, it seems the classic universe will be repopulated with a crew of attractive young people. Also, yes, that is sarcasm.  Grateful as we all are that those responsible for the atrocities that were Episodes I-III have given over the mantle, I doubt I’m alone in worrying about the reboot. Do you know why the original Star Wars movies were good?  Do you know what wasn’t a reason?  Super hot actresses. And I am focusing on the women here, because according to the cast list revealed by Bleeding Cool, the men in the reboot will range from old and grumpy to middle-aged and militaristic to, okay, young and hot.”  Read on here. 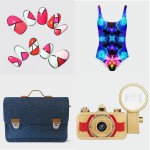 From Styleite:  Parisian shopping site?  Styleite reports, “In the age of startups, it’s natural to feel as if online shopping ventures are a dime a dozen because, let’s face it, they are. For such a site to strike an investor, say to the the tune of of a couple million bones, is a remarkable feat. Rad, a Paris-based e-commerce startup that focuses on clothing and accessories of the hipster persuasion has done just that, and we’re taking note.  Despite being under a year old, Rad has already racked up over a million users thanks to the driving force that is viral marketing. Today, Rad announced that is has received €2.5 million ($3.3 million) in funding and plans to go international, hoping to hit the U.S. in two years. As if that’s not enough of a reason to click to it, it’s main backer, Index Investors, are the same honchos behind Nasty Gal, which is our favorite site for buying cut-out dresses on a whim.”  Read on here. 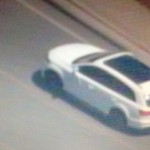 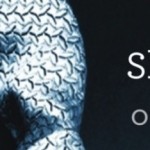 From The Mary Sue:  A female director for Fifty Shades of Grey?  The Mary Sue‘s Rebecca Pahle writes, “It’s being reported that Sam Taylor-Johnson, director of the 2009 John Lennon biopic Nowhere Boy, has been chosen to direct the long-awaited by pretty much no one who reads this site (that’s a safe assumption, right?) film adaptation of E.L. James‘ Fifty Shades of Grey, the first book in the trilogy that introduced millions of women to (an inaccurate version of) the BSDM lifestyle. We’ve also heard some casting rumors, namely that Felicity Jones might be ‘in [the] mix’ to play the lead and that Kick-Ass star Aaron Taylor-Johnson ‘won’t pursue’ the role of Christian Grey.  Thank goodness.  The idea of the director’s husband playing the male lead in that movie is a bit too weird for me to handle, thank you very much.”  Read on here. 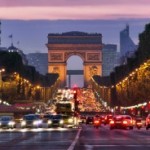 From The Jane Dough:  Amanda Chatel shares with The Jane Dough how she does Paris on the cheap.  The Jane Dough explains, “I had never gone to Europe alone. Actually, up until that point I had never traveled anywhere by myself. On a whim one afternoon, I pulled up apartment swaps on Craigslist. When I saw that a woman was looking to exchange her flat in the Parisian district of le Marais for an apartment in the East Village, I emailed her. Within the hour, I had cashed in my frequent flier miles and agreed to do the swap for the month of January and part of February.  Looking back, it wasn’t the most rational decision to make. I really didn’t think it through; I just wanted out of New York City and I wanted it sooner than later. However, in the words of Edith Piaf, ‘Non, je ne regrette rien.’”  Read on here.

From The Braiser:  It’s always something with Paula Deen.  Explains The Braiser, “Last night we slogged through Paula Deen’s deposition — you know, the one where she defends her use as the ‘n-word’ and dreamed of a Southern plantation wedding catered by black men dressed as slaves — and found that it does, indeed, get worse. (Or better, depending on what end of the moral spectrum you come from. Moral relativism!)  The lawsuit, filed by a former employee alleging that Deen and her brother Earl ‘Bubba’ Hiers committed many acts of sexual and racial harassment that the 1965Civil Rights Act would not condone, included the charge that Bubba would often show pornography to his unwilling female employees.”  Read on here.