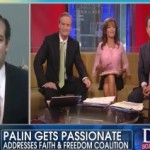 From Mediaite:  On Fox News Monday, Sarah Palin was praised by Ted Cruz for her “fearlessness.”  Mediaite explains, “Palin questioned Sen. Ted Cruz (R-TX) about the revelations surrounding the National Security Agency’s communications monitoring regime. During that interview, Cruz praised Palin for serving as an example to conservative politicians and the ‘fearlessness’ with which she has ‘advocated conservative principles.’  Palin recently told a crowd in Washington that she wished the federal government would spend some time on ‘cruise control… Ted Cruz control.’ She clarified that what she meant was that she hopes his fellow senatorial colleagues would ‘let him speak.’  ‘I certainly think it would help if we got back to the principles our county was founded on,’ Cruz replied.”  Read on here. 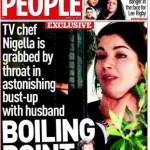 From Gossip Cop:  In Sunday’s edition of People Magazine, Nigella Lawson appears to be choked by her husband on the cover.  Reports Gossip Cop, “The incident between the TV food personality and Saatchi occurred recently at a London seafood restaurant, where eyewitnesses and paparazzi photographers caught Saatchi getting physical with his wife of 10 years.  In a series of upsetting images, Saatchi grabs Lawson’s throat as she looks fearful and terrified.  He is also said to have squeezed her nose and put his hands in her face.  According to other diners, Lawson’s voice trembled as she tried to calm Saatchi, and she left the meal in tears.”  Read on here. 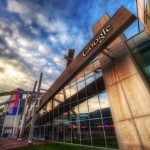 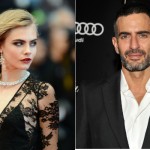 From Styleite:  Marc Jacobs kicked Cara Delevingne out of his show for being a “dwarf.”  Reports Styleite, “Marc Jacobs and Cara Delevingne may both stand at five-foot-nine, but that didn’t stop the designer from calling her a dwarf’ and dropping the model from his show a few seasons back. According to Katie Grand, an assistant stylist at Louis Vuitton and dear friend of Jacobs, she had to push to get the then 19-year-old Delevingne booked.  When asked about her initial support of the shorty, Grand explained to The Sunday Times: ‘I suppose it came about because we’d had a run-in with her in the train season at Vuitton a/w12. I was trying to get her in the show, but it was the show in which everyone was very tall, and very long. I remember Marc looking at me and saying, ‘Why is that dwarf in here?’ and me being devastated.'”  Read on here. 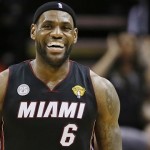 From SportsGrid:  Let’s face it, statistically Miami isn’t expected to win NBA title.  So, why are they still favored to win the Championship?  SportsGrid explains, “The San Antonio Spurs lead the Miami Heat 3-2 in the 2013 NBA Finals! Gregg Popovich and Tim Duncan are just one win away from a fifth NBA title!  Except that they are playing the Miami Heat. The ones that have LeBron James and awful, shirtless fans. The Spurs, even up 3-2, are underdogs, despite the “Spurs are back in control!” headlines you are currently reading.  This is mainly because of the NBA’s odd 2-3-2 series format, which sucks. The Heat play two straight games on the road. They were 37-4 in the regular season at home. They are seven-point favorites in Game 6. That’s a very large number. It implies well over a 70% chance of victory. If they win, Game 7 will be set at a similar number. The implied odds of Miami winning the series are about 55%. Even though they need just one win in two games, the Spurs are underdogs.”  Read on here. 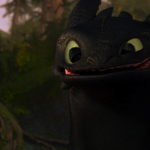 From The Mary Sue:  If you can market to children, they can convince their parents to buy it.  Explains The Mary Sue, “Netflix-less parents, be prepared to buy a Netflix account so you can get your kids to shut up about wanting to see the new How to Train Your Dragon TV show. That’s how parenting works, right? You can tell I’d be such a quality mother.  I would kind of like to see a How to Train Your Dragon show, though.  An agreement between Netflix and DreamWorks Animation means that the latter will create over 300 hours of original programming ‘inspired by’ DreamWorks characters. There’s no official word on which characters will get their own shows, but the official press release mentions Shrek, Madagascar, How to Train Your Dragon, and Kung Fu Panda, and those have been pretty massive hits for the company, so characters from those aren’t a bad bet.”  Read on here. 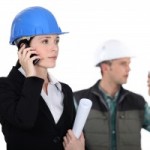 From The Jane Dough:  We all have heard about the gender divide in the employment world.  The Jane Dough reports, “For instance, only 20 of the Fortune 500 CEOs are women. Women hold only 14% of executive positions, and just 16% of board seats. Women earn $0.77 for every dollar earned by men.  But with all the discussions about how to get more women in the upper echelons of the business world (thanks, Ms. Sandberg!), we wanted to hear some real-life stories of leaning in.  We spoke with five all-star women who have succeeded in traditionally male-dominated industries to hear their stories of climbing the mountain—and maybe glean some advice from how they made it to the top.”  Read their stories here. 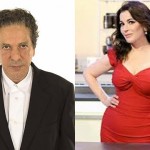 From The Braiser:  Nigella Lawson’s husband claims that the incident in which he appeared on the cover of yesterday’s Sunday Mirror was just a “playing tiff.”  The Braiser reports, “Yesterday, the Sunday Mirror published shocking photos in which domestic goddess Nigella Lawson appeared to be choked by her husband, advertising executive Charles Saatchi, while dining al fresco in London. The alarming photos, along with witness corroboration of what took place, compelled Scotland Yard to examine the incident which took place a week ago. Now, Saatchi has given a statement to the Evening-Standard. What compelled him to wrap his hands around his wife’s neck in such a violent manner?”  Read on here.