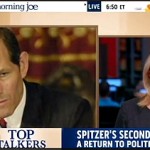 From Mediaite:  Kathleen Parker warns that Wall Street enemies are worse than sex scandals.  Mediaite reports, “Former Parker Spitzer cohost Kathleen Parker spoke to Morning Joe about the news that her old sparring partner Eliot Spitzer would be running for New York comptroller, his first foray into politics since a prostitution scandal forced his resignation from the office of governor.  Parker intimated that his biggest challenge would not be overcoming his salacious past, but the enemies he made with his aggressive investigations of the financial sector.  ‘I don’t know that the things for which he’s best known are his greatest obstacles to redemption, if that’s what he’s seeking,’ Parker said. ‘I think a lot of people question his style, going after Wall Street.'”  Read on here. 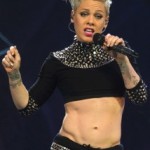 From Gossip Cop:  A Pink fan was arrested after tweeting about a bomb in regards to Rod Laver Arena.  Gossip Cop reports, “A Pink fan was arrested at the singer’s Sunday concert in Australia after he tweeted about bringing a ‘bomb’ to the show.  The 16-year-old teenager, who was not identified in the media, wrote in his since-deleted tweet, ‘@Pink I’m ready with my Bomb. Time to blowup #RodLaverArena B*tch.’  Security at the Melbourne venue reportedly recognized him from his Twitter photo 10 minutes after his arrival inside, and escorted him out before police arrived and arrested him.  He’s since been released, with a summons regarding charges to follow.  The teen’s sister spoke to the Herald Sun on Monday, saying his tweet was sent while waiting for the delayed concert, and was meant to be a reference to a Pink track.”  Read on here. 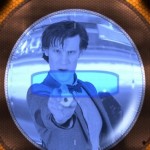 From Geekosystem:  The United Kingdom is amping up their efforts to look for intelligent life.  Geekosystem reports, “We haven’t ruled out that this is somehow related to the Doctor Who 50th anniversary, but the United Kingdom is stepping up their efforts to search for intelligent life elsewhere in the Universe with the United Kingdom Search for ExtraTerrestrial Intelligence. (UKSETI)UKSETI was presented at the National Astronomy Meeting earlier this month, and is going to take several approaches to the search for intelligent life. They will research different ways of detecting signals that could show intelligence, examine the problems with trying to recognize a potential alien language, and they will also look at the chances that there is another civilization out there capable of interacting with Earth.”  Read on here.

From Styleite:  Jean Paul Gaultier is fighting back on Twitter.  Reports Styleite, “In a world where Twitter rants reign supreme, open letters seem to be in short supply. Bringing back the classiest of trash-talk vehicles, is Jean Paul Gaultier who’s taking aim at Tim Blanks for the critic’s unfavorable review on Style.com of JPG’s purring Fall 2013 haute couture show.  As a refresher, Blanks called Gaultier ‘the one true heir to the throne of French fashion,’ but said that ‘was once upon a time, and that time has, sad to say, well and truly passed.’ The French designer hits back, accusing the writer of being a fashion neophyte who simply doesn’t get his references.  While fashion’s never short on drama, tiffs are taken to a new level in the social media age and we think that all parties should reconsider public priss-fests before letting the claws come out.”  Read on here. 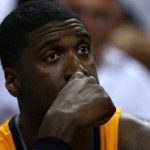 From SportsGrid:  Roy Hibbert trash talked on Twitter and is now learning his lesson.  SportsGrid reports, “Hey, look, the NBA is back! Oh, it’s the Summer League in Orlando? I knew it was a little early for basketball again. The Summer League is for rookies and other guys who need extra work to show out in front of team coaches and executives — a pre-preseason, if you will — so to say these games mean little is still overstating their worth (unless you’re a D-Leaguer looking for a roster spot).  But despite being a five-year veteran, Roy Hibbert clearly did not get the memo about the relative importance of these games. He decided to shoot his trash talking wad way, way too early and waste it on a game he’s not even playing in.”  Read on here. 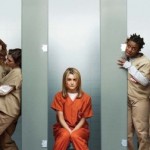 From The Mary Sue:  Jenji Kohan talks about her new show on Netflix.  Reports The Mary Sue, “Jenji Kohan is no stranger to stories of women doing illegal things– she is the Emmy-winning creator of Weeds, after all. Now she’s putting out a new 13-episode dramedy, Orange is the New Black, on Netflix. The story (based off of the memoir of Piper Kerman) follows one Piper Chapman during her year-long incarceration after being detained for her decade-long relationship with an international drug runner. She ends up in the company of a rowdy and eccentric group of inmates, and is forced to question herself while donning the ubiquitous orange jumpsuit.  Kohan knows what she’s doing. She spoke with Collider about creating the show, Jodie Foster‘s TV-directorial debut, and writing a diverse cast of dynamic women. See what she has to say under the cut.”  Read on here. 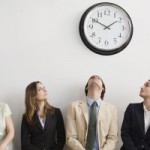 From The Jane Dough:  Part-time jobs make employees feel “trapped.”  The Jane Dough explains, “Three-fourths of part-time workers in the U.K. believe their part-time schedule is damaging their career prospects, with many having ‘traded down’ their skill level and accepting less pay just to work flexibly, research shows.  A survey of 1,000 part-time professionals by the Timewise Foundation found that eight in 10 part-time workers said flexible hours were crucial to making their life work, with many – often women – trying to balance the demands of childcare with work. Two-fifths said that in order to work flexibly, they have ‘traded down’ their careers by taking jobs that are beneath their skills and full-time equivalent pay level.”  Read on here. 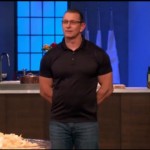 From The Braiser:  Food Network Star rips off Last Chance Kitchen.  The Braiser explains, “Our favorite flailing food competition show has done a bit of shark-jumping, Top Chef-style. Remember last season when Top Chef ate itself and introduced a redemptive mini-competition to its own redemptive mini-competition? Frankly, it was too meta-confusing for us to revisit, but Food Network Star has recently introduced its own version of Last Chance Kitchen, dubbed Star Salvation, and starring Robert Irvine as Tom Colicchio.  The format is pretty standard: 20 minutes to cook a dish, with a secret ingredient as its designated star, and the webseries airs on FoodNetwork.com following Food Network Star’s Sunday night airing.”  Read on here.