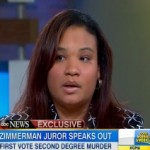 From Mediaite:  On Good Morning America on Friday, the full Robin Roberts interview with juror B29 was aired.  Reports Mediaite, “On Friday morning, ABC News aired the full interview in which Good Morning America anchor Robin Roberts spoke with juror B29.  Referring to herself only as Maddy, the juror discussed her experience arguing over the culpability of George Zimmerman in the murder of Trayvon Martin with her fellow jurors.  That argument ultimately led to Zimmerman’s acquittal.  She said that she feels the pain of Martin’s family and added that she is ‘hurting as much as Trayvon’s mother.’  Roberts revealed that Maddy is a 36-year-old mother of eight children who works full time as a nurse’s aide.  Maddy was the only member of Zimmerman’s all-female jury who is of minority descent.”  Read on here. 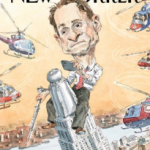 From Gossip Cop:  New Yorker cover spoofs Anthoony Weiner’s sexting scandal.  Gossip Cop reports, “Anthony Weiner’s new sexting scandal is being spoofed on the latest issue of The New Yorker.  A cartoon image of the New York City mayoral candidate, who released a public apology after explicit messages and photos of his ‘Carlos Danger’ alter-ego emerged online earlier this week, is seen straddling the Empire State building on the magazine’s August 5 cover.  John Cuneo, the artist of the cover, said of the illustration, ‘Free association made me think of the Empire State Building, and then King Kong, the iconic image of him straddling it.'”  Read on here. 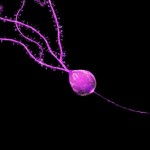 From Geekosystem:  MIT scientists have successfully created false memories.  Geekosystem writes, “There’s something deeply unnerving about the idea that our memories could be falsified or erased. Our fear of the idea has made it a popular theme in science fiction. But new techniques that let researchers at MIT successfully insert created memories in lab mice could finally bring science fiction’s most nightmarish horror show into your real life.  Susumu Tonegawa and his colleagues at the RIKEN-MIT Center for Neural Circuit Genetics at the Massachusetts Institute of Technology  reported on the technique in a paper titled ‘Creating a False Memory in the Hippocampus’ in this week’s issue of the journal Science. Tonegawa, who won the Nobel Prize in Physiology or Medicine in 1987 for his work in immunology and antibody diversity, led a team that performed an interesting experiment with bone-chilling implications on mice.”  Read on here. 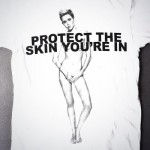 From Styleite:  Miley Cyrus takes off her clothes again; this time for a Marc Jacobs charity t-shirt.  Styleite reports, “Marc Jacobs loves T-shirts and Miley Cyrus finds most clothing to be very uncomfortable, so this is a match made in heaven. The fash-ON fiend formerly known as Hannah Montana is the latest to get photographed in the buff for Marc and Robert Duffy’s ongoing charity T-shirt campaign to ‘Protect the Skin You’re In.’  Joining the ranks of former campaign models Victoria Beckham, Naomi Campbell, Chloe Sevigny and Dita Von Teese, Miley strikes a Gagaesque pose while the campaign’s slogan carefully covers up the rest. Cyrus ‘has been a friend of mine for a while and I think she’s beautiful,’ said Duffy. ‘She is a lot of fun to be with.'”  Read on here. 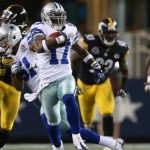 From SportsGrid:  Rather than take advantage of the very expensive programs offered to him in the off-season, Dwayne Harris prefer’s his own style of off-season training.  Explains SportsGrid, “Dallas Cowboys wide receiver Dwayne Harris’ training camp weight is down nine pounds from what it was last year.  So what changed in his routine? Working with a cutting edge personal trainer? Back rubs from Tony Romo? More deer antler spray? None of the above — he was chasing animals around.  With hundreds of modern training options available to him, Harris chose to adopt the oldest one known to man — hunting.  Here’s how he described his routine:  ‘I’d just go out, man, and look for stuff to run after,’ Harris said.”  Read on here. 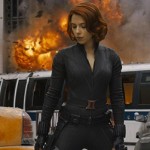 From The Mary Sue:  The Black Widow will be a huge part of The Avengers: Age of Ultron.  Reports The Mary Sue, “Praise be to our superspy Russian goddess!  Ever since the name of the Avengers sequel got announced last weekend at Comic-Con we’ve been seeing tidbits pop up here and there about the 2015 film. For example: Though Age of Ultron has the same name as a recently finished comic book arc, it won’t have the same story. The eponymous villain will have a different origin story in the movie than in the comics. Agent Coulson probably won’t be in the film (which is good because then Joss Whedon can’t try and kill him again, HEY-O!), and it sounds like circa Age of Ultron the Avengers won’t even have learned he’s alive yet.”  Read on here. 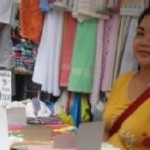 From The Jane Dough:  Let’s use our smartphones for good and check out this new texting campaign.  The Jane Dough writes, “In the spirit of finding better uses for our smartphones (you know, besides scrolling through the #brunch tag on Instagram), check out this really cool texting campaign from DoSomething.org and the crowd-funding site Kiva. When you text 25,000 Women, an entrepreneur in a developing country will get $25 at no cost to you. (Spending someone else’s money is always more fun, right?) Simply text the word ‘WOMAN’ to 38383 and then answer a series of choose-your-own-adventure-esque questions about an average woman’s life in Pakistan, Mongolia, Kenya, El Salvador, or the Philippines. After the questions, 25,000 Women will donate $25 to one of 25,000 female entrepreneurs in need.”  Read on here. 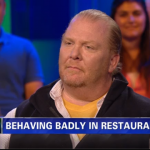 From The Braiser:  Any critique of the Beibs is going to get you in trouble with a bunch of screaming pre-teen girls.  The Braiser explains, “Dear Mario Batali: While it may be tempting to go off on Justin Bieber while your good friend Anthony Bourdain has seized control of Piers Morgan Live like a dirty pirate, you’re gonna get yourself into a heap of trouble with a few million preteen girls when you say, on national television, that you would go nuts on Bieber if you caught him peeing in a bucket in your restaurant.  ‘I would have brutally kicked his ass. I’m serious…I mean, that’s not just being funny and flip that’s actually peeing on somebody’s workplace,’ said the American chef, writer, and restaurateur.”  Read on here.